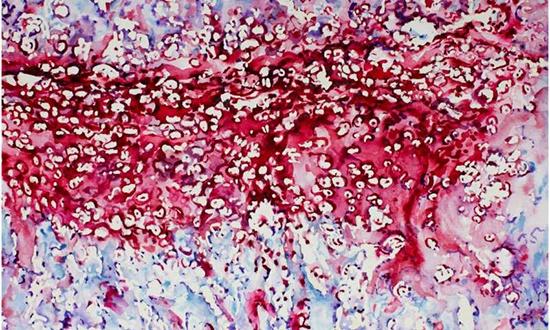 A deeper understanding of the immune system’s role in controlling cancer has helped drive “an immunotherapy revolution,” offering hope for many patients with previously incurable cancers, including children, doctors have concluded in a new report.

The assessment, from two Stanford University doctors, is part of their broader analysis on lessons learned from “the first leg of the CAR T cell journey.”

CAR T cell therapy is a type of cancer treatment for cancers of the blood. The single-infusion treatment relies on a patient’s own immune system cells to battle cancer.

Initial laboratory tests in the early 2000s, followed by hundreds of clinical trials, proved that recruiting key cellular soldiers from the immune system can fight cancer in a highly personalized way. CAR T, which involves supercharging T cells, is just one in a growing number of cancer immunotherapies that have shown how constituents of the immune system can be exploited beneficially.

Drs. Robbie Majzner and Crystal Macknall of Stanford University Medical Center assessed CAR T cell therapy based on clinical data that has been amassed to date.

Two CAR T cell drugs have been approved by the U.S. Food and Drug Administration: Kymriah (tisaglenlecleucel), a Novartis product, was given a green light in August, 2017, followed by Yescarta (axicabtagene ciloleucel) in October of the same year. Yescarta was developed by Kite Pharmaceuticals in California, a division of Gilead Sciences, Inc.

Kymriah was designed to treat B-cell acute lymphoblastic leukemia (B-ALL) in people 25 years old or younger whose malignancies have not responded to previous therapy. Yescata is aimed at adults with B-cell cancers that didn’t respond to conventional treatment.

Hyperbole has accompanied the emergence of CAR T cell therapy, which has been hailed a “miracle” cancer treatment in some news stories because of the dramatic anecdotes this form of treatment has on some patients, especially children.

However, CAR T cell therapy, like any form of cancer treatment, is extraordinarily complex, as Majzner and Mackall underscored in their analysis, which was published in the journal Nature Medicine.

Some patients have a robust response to the infused therapy; others suffer relapses. Some forms of cancer, particularly solid tumors, do not respond as well to CAR T therapy as do cancers of the blood, but current drawbacks associated with CAR T cell therapy may not persist into the future, Majzner and Mackall contend.

“Disease histology has emerged as a major factor affecting outcomes after treatment with CAR T cells,” Majzner and Mackall reported in the journal. Majzner is an assistant professor of pediatrics in the division of hematology and oncology. Mackall holds the title Ernest and Amelia Gallos Family Professor of Pediatrics and Medicine.

“Although the results of CAR T cells in solid tumors have not been as robust, several early signs of clinical efficacy in human trials hint at oncoming success,” they wrote. “Further understanding of the factors influencing response and resistance are driving the development of next-generation CAR therapeutics that are predicted to mediate increased efficacy in both hematologic malignancies and solid tumors.”

CAR T stands for chimeric antigen receptor T-cells. It is a form of cancer immunotherapy that involves bolstering a patient’s T cells that are withdrawn in a blood sample. Some experts view CAR T treatment as cell therapy, gene therapy, and immunotherapy rolled into one.

After a patient’s cells are withdrawn, they are primed in a laboratory to recognize and attack cancer through a genetic modification process that causes T cells to express a receptor on their surface. The special receptor is known as the chimeric antigen receptor, or CAR. The cells’ receptor is engineered to bind to a protein on cancer cells known as CD19.

Once altered in the laboratory, the T cells are expanded into a small army, and then re-infused into the patient. Some doctors refer to the specially armed T cells as “living drugs,” because they fight cancer around the clock.

In their assessment of previous studies, Majzner and Mackall found complete responses have been achieved in 60 percent to 93 percent of patients across several studies. Similarly, a 73 percent complete response rate has been found for pediatric patients with B-ALL when patients were administered a bioactive dose.

While CAR T therapy induces a high complete response rate in B-cell acute lymphoblastic leukemia, or B-ALL, Majzner and Mackall found in their analysis that longer-term follow-up assessment of patients “has revealed high rates of relapse that limit overall success.”

The team’s breakthrough discoveries led to clinical studies in the United States and elsewhere involving pediatric and adult patients. Both children and adults, as noted by Majzner and Mackall, have had robust remission rates in clinical trials without the need for additional treatment. That said, costs remain a concern for Kymriah and Yescarta. Both treatments are expensive. Kymriah runs about $475,000 for the single infusion; Yescarta costs about $373,000.