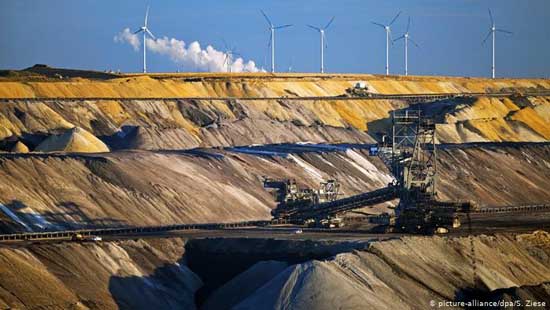 In the wake of the global student climate strike, Environment Minister Svenja Schulze said Germany would move further in its efforts to phase out coal. Berlin is hoping to shut down all its coal-powered plants by 2038.

Environment Minister Svenja Schulze said Germany would join the Powering Past Coal Alliance on Sunday. Schulze made the announcement to German Funke media group ahead of Monday’s UN climate summit.

The move comes in the wake of large demonstrations across the world on Friday, led by teen climate activist Greta Thunberg and her movement Fridays for Future.

On the day of the demonstrations, Chancellor Angela Merkel and her governing coalition unveiled a new proposal to tackle climate change.

“The coal exit is a central pillar of global climate protection,” Schulze said, adding that a set of resolutions agreed to by Germany’s coalition government proved that the country was “officially” committed to ending its dependency on coal.

“With that, we can finally also join the alliance of coal-exit countries,” Schulze told the group of local German newspapers.

The Powering Past Coal Alliance was founded in 2017 and is comprised of 30 national governments, whose objective is to halt new construction of coal plants, end international funding for coal and adhere to the Paris Climate Agreement goals.

“When a big industrial country like Germany turns away from nuclear and coal and transitions step by step towards meeting its energy needs entirely with renewable energies, that sends a strong signal to other parts of the world,” Schulze said.

Germany is hoping to shut down all its coal-powered plants by 2038.

Merkel’s push to address climate change with stronger measures was not without criticism, from both industry leaders and environmental groups.

“It might be a step towards more climate protection — but it remains to be seen how big that is, how expensive and what real impact it will have,” Vassiliadis told Germany’s dpa news agency.

Environmental groups and some scientists also criticized the government’s plan for taking a piecemeal approach, whose impact they believe will be limited.

But the government pushed back. Helge Braun, chief of staff in Merkel’s Chancellery, defended the plan agreed by Cabinet ministers, saying it was necessary to ensure an effective transition to the carbon-free economy.

“We want all people to change their behavior so that they behave in a more climate-friendly manner. But we want them to do this voluntarily, and we also want a well-managed transition,” Braun said.