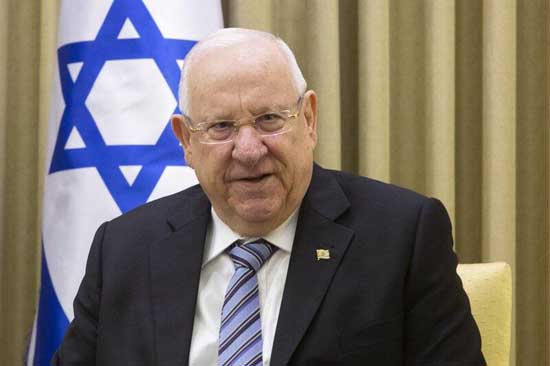 Israel was set for crucial discussions on Sept. 22 on who should try to form the next government as last week’s deadlocked election threatened Benjamin Netanyahu’s long reign as prime minister.

President Reuven Rivlin was to hold separate meetings with all the political parties voted into the latest parliament, to hear their recommendations on who should be the premier.

It was far from certain that whoever gets the task will succeed in cobbling together a coalition, and there have been repeated calls for a unity government to overcome the impasse.

The consultations began at 5:00 pm local time and were scheduled to continue today.

The political parties will arrive in order of the number of votes received.

Later in the day, Rivlin would hear the recommendations of two key parties: the mainly Arab Joint List alliance, which won the third-most seats with 13, and ex-defence minister Avigdor Lieberman’s nationalist Yisrael Beitenu, which won eight.

Israel’s Arab parties have traditionally refrained from endorsing anyone as prime minister, but they have not ruled out backing Gantz this time as part of efforts to oust Netanyahu.

Lieberman could meanwhile play a kingmaker role after his campaign to “make Israel normal again” resonated with the Israeli public.
The slogan is a reference to what he sees as the excessive influence on the country’s politics of Israel’s ultra-Orthodox Jewish parties, which were a key part of Netanyahu’s previous coalition.

Lieberman, like many Israelis, says their influence has allowed the ultra-Orthodox community to impose aspects of Jewish law on secular society.

Rivlin is not required to choose the politician who receives the most recommendations but the one he believes has the best chance of forming a government.

There has been speculation that he could alternatively meet with Netanyahu and Gantz and ask them to explore options for forming a unity government.

Faced with disappointing results, Netanyahu last week acknowledged he was unable to form the right-wing coalition that he had hoped for, and called on Gantz to join him in a unity government.

But Gantz, who has also called for a unity government, made his position clear – he must be prime minister under any such arrangement since his party has the most seats.

The standoff has even raised the possibility of what many see as the unthinkable; a third election within a year, after April polls also ended inconclusively.

The end of the Netanyahu era would be an extraordinary moment in Israeli politics.

He is the country’s longest-serving prime minister, having held the post for a total of more than 13 years.

The 69-year-old faces potential corruption charges in the weeks ahead, pending a hearing set for early October.

Gantz has in the past spoken of his refusal to serve in a government with an indicted prime minister, though he has not repeated that line in recent days, beyond saying he should be premier himself.

Gantz can count on the support of 11 seats held by left-wing and other centrist parties.

The support of the Arab parties would give him 57, though he drops to 44 without them.

Netanyahu still has the backing of his Likud and smaller right-wing and religious parties, giving him the support of 55 seats in the new parliament — short of the 61 required for a majority.

Neither of those permutations includes Lieberman’s eight seats.