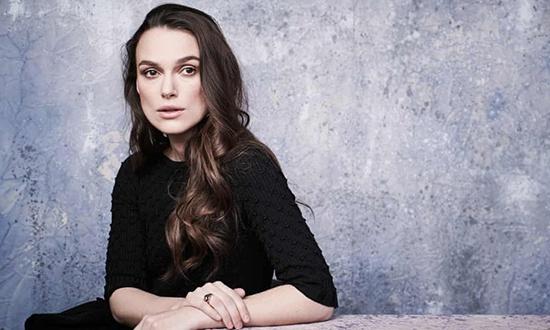 In an exclusive interview, the actor talks about her new film Official Secrets, in which she plays Katharine Gun, the whistleblower who tried to stop the Iraq war

The role of Katharine Gun in Official Secrets is played by Keira Knightley. Earlier this summer, a few weeks before her second child was born, Knightley, 34, sat down and talked exclusively to the Observer about why she took the part, and why she felt she believed that the film was coming out at a timely moment.

Did you spend much time with Katharine to prepare for the part?
Not a huge amount. I had lunch with her, and she came to the set once. I really liked her. Gavin Hood, the director, had said he didn’t want a characterisation of her. I mean, I don’t look anything like her. She has an interesting accent because she was brought up in Taiwan. I really wanted to do that, but Gavin wouldn’t let me. I’m not a journalist, of course, so this was the first time I had asked anyone any questions that they legally could not answer. What is amazing about Katharine is that her point of view is so utterly clear. As far as playing her, that point of view had to come across. This is a story told through her eyes.

Was it a story you were aware of?
No. It was only a week before the war started, wasn’t it? I guess the avalanche of the invasion itself overwhelmed it. I was about 18 at the time. I thought I was engaged. I really remember the run-up to that conflict, but I didn’t remember this.

It’s extraordinary to think that it was 16 years ago. Did you join the anti-war march in London?
I wasn’t on the big march; I was on the one before that. When the big march happened, I was in America shooting Pirates of the Caribbean and feeling utterly stupid that I was in a pirate costume and all my mates were on an anti-war march. I remember sitting in the makeup bus and there being a conversation along the lines of “We are going into Iraq to pay them back for 9/11” and thinking “Hold on – I don’t think that was Iraq!” For my generation it was the first time that we had been really politically engaged – and it didn’t change anything. There was disillusionment after that. Quite severe. The way that we viewed politicians and the world was massively coloured by the weeks leading up to that conflict.

And led to where we are now? Katharine has that great line in the film, which was cheered at Sundance: “Just because you are prime minister that doesn’t mean that you’re allowed to make things up.”
Look where we are now. The questions we have about government and accountability go back to that. Why are politicians who lie not held to account? The script made me think hard about that.

The movie is very faithful to the story – which means that it doesn’t have a Hollywood ending…
It’s a very British story in that way. It has that heroic failure about it. But what are you going to do? Write an ending in which the war didn’t happen? She didn’t stop it. She told the truth and there was little consequence.

Films are a good way of opening up those historical questions. Are you offered more parts with a political edge than you were 15 years ago?
Yeah, definitely. I’ve always loved a political thriller. I know some people like escapism, and that’s fine, but I like to be challenged. I was watching Paths of Glory last night, the Kubrick film, 1957, black and white, Kirk Douglas, about the futility of war, and political lies, and it’s amazing.

There is an audience for these films just now…
I hope so. People are politically re-engaged. You know, different times create different audiences. I think the National Theatre was set up when it was because it was a moment when we suddenly wanted to walk in other people’s shoes. And now, at a time when nationalism is on the rise, it seems important to set these questions [of patriotism] out there. Whether they get to the ‘right’ audience or not is another question of course.

Do you have any qualms about putting your head above the parapet, as it were, and talking about political issues?
One thing I learned from being in the public eye when I was very young is this: you can say nothing and some people will hate you, and you can say something and some people will hate you. So you might as well, if you are feeling like it, say something. If I am asked my opinion, I generally don’t have a problem giving it.

You don’t do any social media…
I had an account for about five seconds. I watched it accumulate, like, 100 followers in three seconds and I got so freaked out that I turned it off straight away. . And then Facebook. I was on for a day 10 years ago, and never posted anything on it, but it still emails me all the time as if I am a member or whatever.

That has obviously been a conscious decision…
It has. I mean, the thing is, I don’t have very much that I want to share in that way. I have a child and another one on the way, and I want their privacy to be safe and sacred until they are old enough to choose what they want to do with their lives. I don’t write about family life – though of course I did write a very long essay about my vagina splitting! I am better at that kind of thing. Also I am rubbish at taking pictures, so my Instagram feed or whatever would be an embarrassment.

Where do you go for news?
I get my news from the Guardian and the New York Times and the Financial Times at the weekend. I feel I should be branching out more, because I am reading papers that I generally agree with. My husband has – really kindly! – forced me into reading all of the climate change books that he has been reading. Which is just great when you are pregnant. I am halfway through Uninhabitable Earth. I have to do the Naomi Klein next. I spend half my time saying sorry to my baby in there. Maybe I should start reading all those rightwing newspapers and then I could pretend everything will be fine…

The film centres on the courage of Katharine Gun in telling the truth. Can you imagine doing that yourself in that situation?
Honestly, I have no idea whether I would – and I think that is what I find fascinating about it. It’s funny; we all like to think we are truth-tellers. But we also know what the consequences are for truth-tellers like Katharine. Pretty horrific. What is interesting, culturally, I think, is that America has had relatively more whistleblowers than Britain. I think that generally speaking we do what we are told, and we toe the line. I have no idea why that is. Would I do it? I don’t know. I have no idea. I think it might even depend on how I was feeling that day.

Official Secrets is released on 18 October