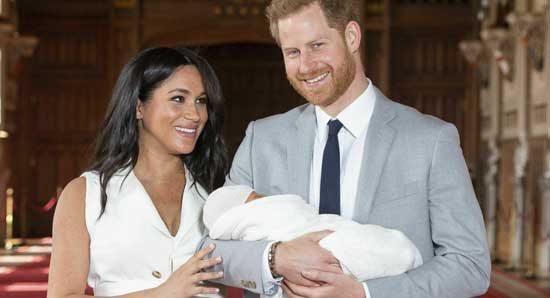 As the Royal power couple Harry and Meghan set off on their tour of Southern Africa on Monday, some royal authors are questioning whether this trip will be used to revive their popularity amid a growing distaste among some of the public.

A royal biographer has claimed that Meghan Markle and Prince Harry’s “fractured public image” is down to their distinct and contrasting outlooks on life, according to the Times on Saturday.

Royal Author and journalist Penny Junor has said that the “fundamental truth” about the couple is that they are different people.

Ms Juror also revealed that while the couple might look “fantastic on paper,” things have “gone wrong for them” this year. She added that while people used to love them, now “people are just disappointed.”

According to Juror, the popularity of the couple started to dwindle around the time of Archie’s birth. Especially as people were infuriated with Markle for withholding information around Archie’s birth and criticised her for not “playing the game.”

The interview comes amid the couple’s preparation for a 10-day Royal Tour to southern Africa with Archie. Fellow royal author Ingrid Stewart says that she believes they may take advantage of the trip as a means to reinvigorate some of their lost popularity.

This includes putting five-month-old Archie in the spotlight to appease those who criticised the couple for keeping the royal baby quiet. Archie has not officially been seen in public since May.

Ingrid said: “People will want to see baby Archie who could be the key player in this. I think if they show as a glimpse of Archie it could turn things around for the Sussexes. It’s a small thing but it could end up being a very big thing in terms of better press coverage. They’ve had a tough run, this is a chance to make it better.”

The couple’s Royal Tour will begin on Monday, which they kicked off in a historic moment by taking to Instagram to allow fans to answer Royal Family history questions for them online.