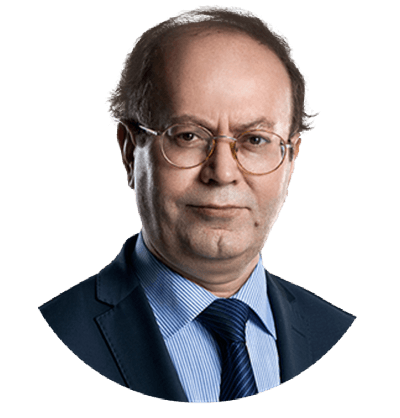 The people of Egypt suddenly flocked to the streets, primarily to Cairo and Alexandria…

It is curious that such an event should explode as Sisi is visiting the U.S.!

Will there be a new coup in Egypt, will the people of Egypt, God forbid, witness a new massacre— we don’t know.

Of course, putschists, dictators, bullies that slaughter their own people, should not be allowed to rule a second longer, they should be toppled!

The imperialists never actually left the Muslim world but are continuing their colonization from afar by inserting their puppy dictators into those countries!

I shan’t discuss Egypt today; that is a subject for tomorrow’s column. Of course dictators should be toppled! Of course persecuted Muslim communities should be set free!

Regarding this subject, I stand with our Muslim brothers and sisters to the very end. However, Egypt’s military is on the verge of being destroyed and the country is in danger of being dragged into an internal war.

I will say one last thing and move on to today’s subject: this is a movement without a leader.

The Muslim Brotherhood did not lead the uprisings in Egypt; movements and other groups took to the streets when an Egyptian businessman residing in the U.S. exposed Sisi’s fraud.

Members of the Muslim brotherhood, though their numbers be scarce, joined in on the protests on the first day.

God willing, the protests will be the ruin of these dictators.

God willing, our Egyptian brothers and sisters will have the chance and opportunity to be able to decide their own fate some day.

Saudi Arabia and Kuwait will be led to chaos…

Before protests broke out once again in Egypt, two strategically important countries of the Arabian peninsula- Saudi Arabia and Kuwait- started struggling with great issues.

The public opinion of these two countries resembles a ticking bomb.

Perhaps by setting the entire Arab world on fire, imperialist countries have pressed the button to destroy the Arab world.

These two communities will be galvanized from the inside, by lighting a fire under sectarianism and tribalism; the country will spiral into chaos and to the verge of destruction!

The British are waiting with their hands on the trigger.

The enmity between Saudi Arabia and Iran

The imperialists are provoking the Saudis against Iran and vice versa.

Both of them benefit from this animosity: they are using a ready- made enemy to fortify the country, suppress the internal chaos and legitimize the present governments through their vulgar nationalism and fake doctrines.

This should be very well comprehended: These two countries are being used as an obstacle to impede Turkey in the 21st century, to hinder a Turkey that will lead the Muslim world.

Two rogue states are leading the Arab world to a catastrophe

The two-century long Arab history comprises of Salafism, the by-product of Wahabbisim, a violent history that had encompassed the entire Muslim world.

This time they want Saudi Arabia and Gulf countries to finance the protestantization of Islam, which I also call the “moderate Islam project,” after they financed the belligerent Wahabbi discourse across the entire Muslim world!

So you see, the British servant who ruled the United Arab Emirates and the Jewish slave who ruled Saudi Arabia will do whatever it takes to turn the entire Arabian peninsula into a fireball.

Hand in hand, they are dragging the region to a great irreversible catastrophe…

This is really the first time in history where the Arabs are so incompetent, the first time they are stooping to becoming tools of such lowly efforts…

I hope that the backbone of Egypt does not break, that the people of Egypt will be the pioneers of an initiative that will negate all imperialist plots by developing a long term strategy, and that all Arabs will be rid of this disgraceful era!