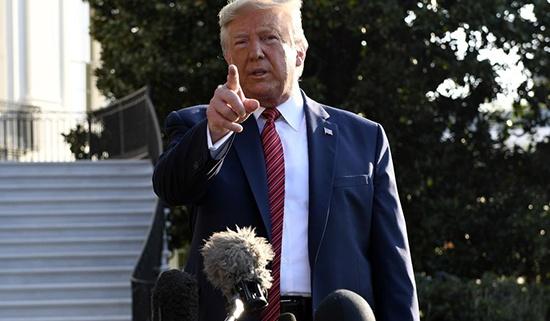 By Ben Wolfgang and Dave Boyer – The Washington Times

President Trump is determined to mobilize the world against Iran as the United Nations General Assembly opens Monday, an escalating diplomatic challenge amid a shake-up of the president’s national security team.

On the eve of the annual international gathering in New York, Secretary of State Mike Pompeo said it’s the “world’s responsibility” to work together to rein in an increasingly hostile Iran. He stressed that the U.S. wants to avoid military action in favor of diplomacy.

“The whole world understands that Iran is the bad actor, they are the evil force in the region,” Mr. Pompeo said on “Fox News Sunday.” “I hope this week here in New York the world will come together to push back against this and convince the Iranian leadership this behavior is unacceptable.”

Referring to the attack on oil fields in Saudi Arabia last week, which Washington and Riyadh blamed on Iran, Mr. Pompeo added, “This is the world’s responsibility to respond [to] these state-on-state acts of war.”

Iranian President Hassan Rouhani, criticizing a new U.S.-led coalition guarding regional shipping, urged Western nations Sunday to leave the security of the Persian Gulf to an alliance led by Tehran. He also promised to unveil a Middle East peace plan this week at the United Nations

Mr. Trump said he is open to hearing that plan but added that no meetings are scheduled with Iranian leaders at the U.N. He told reporters that “a lot of progress” has been made on Iran in recent days, apparently referring to fresh U.S. sanctions on Tehran.

Mr. Pompeo’s role in confronting Tehran will be even more prominent since the departure of White House National Security Adviser John R. Bolton, a hard-liner whom the president fired two weeks ago. Among his differences with the president, Mr. Bolton reportedly disagreed sharply with Mr. Trump’s decision in June to call off a missile strike against Iranian forces in retaliation for Iran’s downing of a U.S. Navy surveillance drone over the Strait of Hormuz.

Mr. Bolton was replaced by Robert O’Brien, formerly the president’s top hostage negotiator. Another key player for the U.S. side, U.N. Ambassador Kelly Craft, is new to the post. The Senate confirmed her on July 31.

During the U.N. sessions, Mr. Pompeo will convene a meeting of the Middle East Strategic Alliance — Saudi Arabia, Kuwait, the United Arab Emirates, Qatar, Bahrain, Oman — plus Jordan. The threat of Iran is expected to be high on the agenda.

Democrats and some foreign policy analysts say Mr. Trump’s job of building an anti-Iran coalition is more difficult after withdrawing the U.S. from the six-nation Iran nuclear deal last year.

“We’re having difficulty with our European allies to get the kind of support we need,” said Sen. Benjamin L. Cardin, Maryland Democrat and a member of the Senate Foreign Relations Committee. “By pulling out of the nuclear agreement, it’s the view of Europe this is an American problem rather than an international problem. We isolated the United States rather than isolating Iran.”

Mr. Cardin, speaking on “Fox News Sunday,” said Mr. Trump “needs to … get an international coalition to continue to work against Iran’s support of terrorism.”

Mr. Trump also will be missing one of his most fervent Middle Eastern allies: Israeli Prime Minister Benjamin Netanyahu, who canceled his trip to New York after inconclusive election results last week.

“We have a General Assembly meeting where the president really needs allies on Iran,” said Jon Alterman, director of the Middle East program at the Center for Strategic and International Studies. “It’s clear [Russian] President [Vladimir] Putin isn’t going to help him. Prime Minister Netanyahu won’t be there. He needs to win over traditional allies to do what traditional allies do: to band together against common threats.”

Mr. Alterman said the president is taking a different approach to the U.N. gathering than his first appearance in 2017, when he threatened in a speech that the U.S. would “totally destroy” North Korea unilaterally if necessary.

“President Trump was convinced that he could do much better than his predecessors by taking Iran on by himself,” Mr. Alterman said. “The events of last weekend suggest that Iran is not following the playbook he’d like them to be following.”

The administration late last week announced another round of economic sanctions on Iran in response to the attack on Saudi Arabia’s oil facilities. Iran denies it is responsible for the attack, and Iran-backed Houthi rebels in Yemen claim they carried out the strikes.

While the U.S. and Saudi Arabia made clear that they believe Iran is responsible for the attacks, neither country has explicitly said that the rockets and drones used to target the facilities were fired from inside Iran.

“Our mission set has been very clear. President Trump would like to have a diplomatic solution,” Mr. Pompeo said. “That’s the task in front of us. That’s what we’ve been aiming for for a little over two years now.”

“Highest sanctions ever imposed on a country,” the president said Friday. “I think the sanctions work and the military would work.”

The president said Iran could be a “great country, a rich country.”

“But they are choosing to go a different way,” he said. “They will be very sorry for that choice.”

Iranian officials are going into the U.N. meetings accusing the U.S. of reneging on its nuclear deal.

“The United States has been reluctant to engage in what is required,” Iranian Foreign Minister Javad Zarif said on CBS’s “Face the Nation.”

He offered this analogy for Mr. Trump’s withdrawal from the nuclear deal: “I buy a building from you, and somebody inherits your company from you the next year and he tells you, ‘I didn’t sell that building to you. I need a higher price and [will give you] a worse building.’ Would you buy it?

“President Trump inherited a government from another administration that was legally elected as United States government, and that [nuclear] agreement has been endorsed by the [U.N.] Security Council,” Mr. Zarif said.

A senior administration official said confronting Iran’s “escalatory violence is going to be a theme of the conference.”

“We welcome this opportunity to consult with a broad range of partners and allies on our collective response,” the official said. “It’s important to remember the attack on the Saudi infrastructure really is an attack on everyone who consumes that energy.”

Mr. Trump, who arrived in New York on Sunday night for a rare stay at Trump Tower, will start his U.N. business Monday by hosting a “global call” to protect religious freedom.

“There’s been a stunning 83% of the world’s population which now live in nations where religious freedom is threatened or even banned,” the administration official said. “The president is calling on all world leaders to begin to not just talk about it, but to take action to acknowledge it and to move forward.”