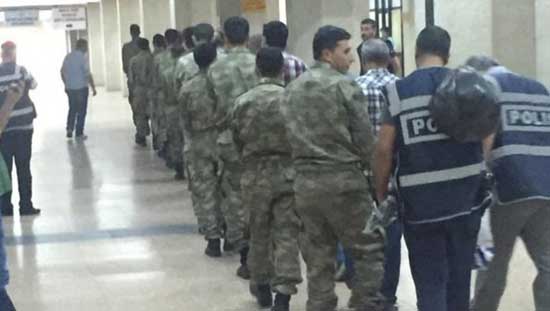 The İstanbul Chief Public Prosecutor’s Office on Friday ordered the detention of 74 military members as part of a large-scale post-coup crackdown targeting followers of the faith-based Gülen movement, according to the state-run Anadolu news agency.

Seventy-two of the suspects are active duty noncommissioned officers, while two are specialized military personnel, the report said.

They are accused of using payphones to maintain their alleged links to the movement.

Turkey accuses the Gülen movement of orchestrating a 2016 coup attempt, although it strongly denies any involvement.

Since then, more than 17,000 soldiers have been dismissed from the military over Gülen links.