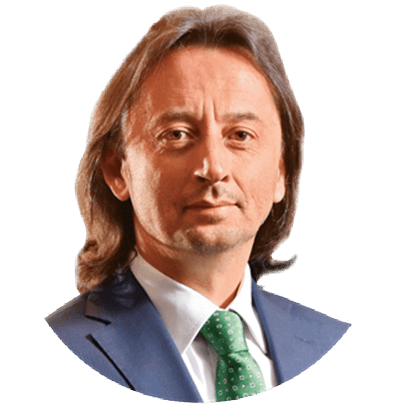 The U.S. is building an “Unmanned Aerial Vehicle [UAV] for the Kurdistan Workers’ Party [PKK]” in Deir ez-Zor in the east of the Euphrates. What does this decision mean for Turkey in light of the attack that targeted Aramco gas plants in Saudi Arabia and brought the whole region to the verge of war?

If the UAV base is being built for the PKK, its target is not going to be Saudi Arabia or Iran – it will directly be Turkey.

After the delivery of thousands of truckloads of weapons, after the training of thousands-strong PKK terrorist forces, after the overt threatening of our country, after the scenarios carried out one after the other – all aimed at distracting Ankara – they are now equipping the PKK with UAVs.

Who gave the order to ‘set forests ablaze’?

Or is it preparation to attack the symbols of our people and history, like those who bombed Parliament on July 15, 2016?

They started to torch forests and factories. They are also assuming responsibility for this with no shame at all. They are targeting everything, the environment, the people. Those doing this hold nothing as sacred. It is now obvious that those who did all this are capable of doing anything and everything.

They are trying a new sort of war. A war that will target the economy, cities and civilians. The U.S. is preparing this. Therefore, it is equipping the PKK with UAVs.

Do you call this ‘terrorism’?

Do you still think it’s limited to terror ‘corridors’?

Do you still call this terrorism?

Do you still think the matter is Syria?

Do you still think the threat is the terror corridor in the north of Syria?

Houthis threatened the United Arab Emirates (UAE) the other day and announced they will be hitting Dubai, Abu Dhabi. The Aramco attack indicates that they have enough power to do this.

The region has come to such a tense point that even this seems “likely” now. Such an attack means the Dubai legend will be reset to zero. It is difficult to guess what might happen after.

Who considers this country as their homeland, and who sees it as a ‘threat’?

It’s no political search but ‘tasking’

Now, let us look once more at:

The flow of history, the continuity of states since the Seljuk Empire.

The founding of the Republic and the political history to date.

What Turkey represents and what its strength is enough to accomplish.

Who sees this country as their homeland, who sees it as a threat.

“Siege” from the south to the “establishment of a front” within related to this.

Why political parties, which are essential for democracy, are on the same denominator with terrorist organizations, who are tasked on the ground for the “conservative opposition” project.

Why their common aim is to “Topple President Recep Tayyip Erdoğan and stop Turkey.”

Who presented this objective to them.

That those who are determining new political lines these days are not searching, but rather “being assigned” is in question.

Their problem, objection is ‘personal.’

On the path towards tragic collapse with ‘justice,’ ‘morals,’ ‘virtue’ narratives

The problem of all those who left the Justice and Development Party (AK Party) and ran to that front appears to be “personal.” None of them ever promised a “political theory,” a new political language, “a better Turkey,” they never objected to those threatening our country.

They cannot object; they cannot say a single word, because they have expectations from that bloc. That is where they are offering themselves. Their sole issue is to win a tender, to gain power from the “multinational coalition’s” inside organization.

However, their promotion of these by destroying beautiful notions such as “morals,” “virtue,” “justice,” is a tragic collapse.

Our region is being dragged towards a great storm. Almost the entire Western world is opening fronts here. Turkey is being turned into the main target. But they are not saying a single word.

Why didn’t you speak up about this censorship?

Who are you afraid of?

You forgot that all this was built with years long efforts, pains and costs. You are wasting them recklessly. You are confusing minds, shaking faith, darkening hearts and destroying everything with ambition and greed.

You have nothing but your fancy words. This is what your high politics is all about. These are the people you have chosen to follow.

‘Those opening doors of the castle from within’

There is more to come, more to witness. They are going to do a lot more and you are not going to be able to utter a single word.

All this happened through the cunningness of “those who opened the doors of the castle from within.”

Let us focus on Turkey. Our axis is Turkey. Let us concentrate on strengthening and protecting Turkey.

It might happen that one morning, Houthis UAVs do not hit Dubai only. Others’ drones are also planning to hit other locations. They have the U.S., European countries, Israel and the “inside front” behind them. This is what they are preparing for.

We should contemplate what we will do then; we should prepare for that.

Those opening a ‘Turkey front’ from

Syria are joining forces to wage war from ‘within’

None of those striving to start a war in Syria, none those threatening the ones who said, “Wait, there might be a problem here,” are anywhereto be seen.

They are now busy organizing the “conservative opposition” network. Back then, they were working to open a “Turkey front.” They understood that they would not be able to do that here. Hence, now they are running next to those trying to open the “Turkey front.”

What cause, political identity or justice are you talking about?

The front in which those determining a political path parallel to that of the U.S. and Israel’s “siege from Syria” have no political goal other than dragging this country to disaster, other than shrinking it and placing it under tutelage again.

Regardless of which picture you look at, you will see the same storm

If we were to summarize it all in a coldblooded manner:

It is not about promoting fear; there is a massive power buildup right beside us. This buildup is an open threat to our country. A storm is being brewed from the Persian Gulf to the Red Sea, from the north of Syria all the way inside Anatolia.

An extraordinary situation is the issue today. Regardless of which picture you look at, you will see the same storm. Therefore, it is time to prepare for the next step. There is nothing today that is of greater priority for Turkey than this.