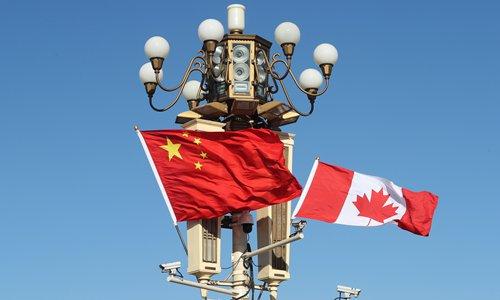 Canada has entered the federal election campaign season. During the campaign for the October 21 vote, voters, media, incumbents and challengers are likely facing more domestic and foreign subjects than ever.

Voters will focus on economy, welfare, healthcare and other domestic issues. In the meantime, they will also pay attention to international issues such as climate change, which will be a reference to their final decision on October 21. In addition, problems triggered by refugees and indigenous affairs are voters’ concerns.

Political parties and media will focus on financial deficit, carbon tax, debates over oil pipelines and the SNC-Lavalin affair – a political scandal and controversy in which Prime Minister Justin Trudeau is accused of political interference with the justice system. They will also pay attention to the various diplomatic mistakes and dilemma of the Trudeau administration. Besides, the case of Meng Wanzhou, Chinese tech giant Huawei’s chief financial officer, which has dented Canada-China relations, will also be the subject of heated debates.

Voters are likely to get more information about all the aforesaid topics before heading to the polls. This will add to the uncertainty.

It appears either the Conservative Party or the Liberal Party is likely to win the election. According to a national survey of Ottawa-based research and strategy firm Abacus Data a day before the official election campaign began on September 11, the Conservatives would capture about 35 percent of popular support while the ruling Liberals would get 33 percent.

The Conservatives are most supported by people aged more than 60, while the Liberals are the most popular among voters aged 18 to 29. This is why the Liberals are hoping that young voters who helped the party win in 2015 won’t stay at home this year. However, about 62 percent of voters under 30 said they may swing, compared to only 24 percent among those over 60.

We can see that popular will is uncertain now especially among main voters for Liberals. Nevertheless, Trudeau could likely remain prime minister for the following reasons.

First, over 74 percent Canadians surveyed said the country’s economy is “excellent” or “acceptable” as the election started, according to Abacus Data. In a survey conducted by Nanos Research, a Canadian public opinion and research company, for Bloomberg News in August, 37 percent of respondents say they trust Trudeau the most to promote economic growth, compared with 27 percent for Conservative leader Andrew Scheer.

Second, voters’ attitude over the SNC-Lavalin scandal differs. Some think it is a legal problem and thus question the credibility of the Trudeau administration. Others believe it is political and accept Trudeau’s remarks that he was trying to protect Canadian jobs when he and his staff spoke with former attorney general Jody Wilson-Raybould about a Deferred Prosecution Agreement (DPA) with SNC-Lavalin. Therefore the scandal has not dealt a heavy blow to Trudeau’s approval rating.

Last but not least, although diplomacy is a weak point of Trudeau, which has led to dilemma over bilateral relations with many countries, Canadian people’s attitude is also split. Take China-Canada relations. Some people think the Trudeau administration’s foreign policy is acceptable even though opposition parties denounce moves that affect trade ties with China. Moreover, international affairs that concern most Canadians are mainly related to climate and poverty governance. They wish their government could help Canada establish a positive image on the international stage in those regards, which is exactly what Trudeau is good at, compared to handling bilateral relations.

If Trudeau is reelected, Canada-China ties would offer him a good opportunity to improve his diplomatic skills. In the wake of Canada’s detention of Meng in December 2018, more than half of Canadians stood by the move, showed a poll in January. However, a poll by Nanos Research in August demonstrated that only one in four say the Canadian government has done a good (20 percent) or very good (5 percent) job in handling the Meng issue.

The Trudeau administration has appointed Dominic Barton, who was based in Shanghai as McKinsey’s Asia chairman from 2004 to 2009 and has immense knowledge about China, as its new ambassador to China earlier in September. The nomination to some extent showed the Trudeau government’s resolve to better relations with Beijing.

The author is a research fellow with the Center for Canadian Studies, Guangdong University of Foreign Studies. [email protected]