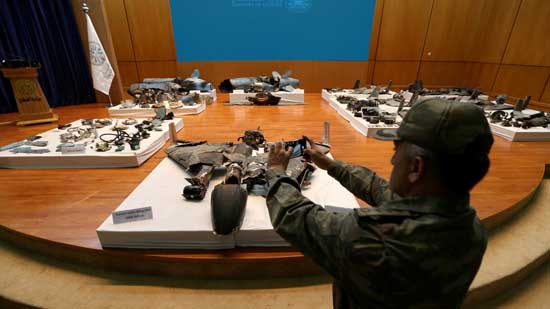 Washington and Riyadh were quick to blame Tehran for attacks on Saudi oil facilities. Despite lack of proof and the history of lies told by the accusers, the US media eagerly took their claims at face value, Lee Camp points out.

The last weekend attacks were claimed by Yemeni Houthi rebels, but the US and Saudi Arabia accused Iran instead, providing charred remains of said-to-be Iranian weaponry and vague allegations as a proof.

Despite painting Donald Trump as a habitual liar for years already, his accusations against Iran appeared to be A-OK for the American mainstream media, the host of comedy show Redacted Tonight pointed out. The same lack of doubt seemed to extend to the words of the Saudis, who had denied disappearance of Jamal Khashoggi and then admitted to dismembering him a bit at their consulate.

When it comes to starting wars with countries we’ve been trying to destroy for decades, [Trump] never tells a lie.

Moreover, it’s the Saudi oil that was hurt, not some Yemeni children who have been bombed by Saudis for years with US-made munitions. Oil makes the MSM truly care, Camp said, adding that the Yemenis should try “covering themselves in oil” to be finally noticed by the media.