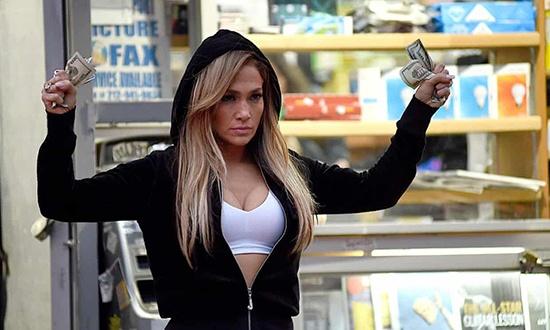 Her few outstanding roles have been buried in a sea of dross, such as Gigli and Maid in Manhattan. Could she finally be in with a chance of an Oscar?

“This whole country is a strip club. You got people tossing the money and people doing the dance.” So proclaims Jennifer Lopez’s wily stripper turned con artist, Ramona, in Hustlers, which raked in $33.2m (£26.6m) in the US on its opening weekend, making it J-Lo’s biggest opening weekend for a live-action movie.

Hustlers is a pretty decent film about a pretty indecent proposal – namely that Ramona and her colleague, Destiny (Constance Wu), drug and steal from their moneyed clients in the wake of the 2008 financial crisis.

But it’s also something else: proof that, until now, praise of J-Lo’s acting talents have been confined to a few standout performances, such as her acclaimed role opposite George Clooney in Out of Sight (1998). For every triumph (see also her 1997 turn as the Mexican-American singer Selena), Lopez has been served up a total stinker of a role by Hollywood, from Gigli (a film the Guardian described as “catastrophic”) to The Back-Up Plan, a film so by-the-numbers that they may as well have projected mathematical formulae on to cinema screens. She has often been confined to perfunctory romcom territory, cliched Latina territory or both (see the sub-Pretty Woman action of Maid in Manhattan).

J-Lo can act; something that is abundantly clear in Hustlers. As Ramona, she is half steely crime baroness and half teddy bear. She lunges at Wu like a lion striking down its prey when she feels she is losing her grip, while at other moments she is a tender, loving presence who only wants the best for her pal. The opening of the film – in which she pole-dances to Fiona Apple’s Criminal, her body seemingly knowing no gravity – is probably the best opening of any film this year, and definitely the best opening of any Jennifer Lopez film ever made.

There has been much Oscars buzz about the role of Ramona, but – even if she doesn’t win – J-Lo has proved she should be doing bigger, better things. Hollywood, Ramona might have easily said, is a strip club. You got people tossing the money and people doing the dance – and J-Lo proved she’s got all the moves.