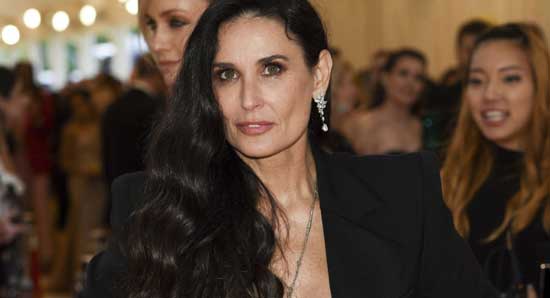 The actress shared stories of her troubled history ahead of the publication of her new memoir, “Inside Out.” The book is scheduled to hit the shelves later this week.

Renowned US actress Demi Moore opened up about one of the worst chapters of her life, saying her mother orchestrated young Demi’s rape when she was just 15.

Speaking in an interview with GMA ahead of the publication of her memoir, Moore disclosed that her mother, Virginia King, an alcoholic, started taking her daughter to bars to get noticed by men. One night, young Demi came home to discover a man waiting there with a key to the apartment.

The man sexually assaulted her and, after he was done, he asked the girl, “How does it feel to be whored out for $500?”

While Moore said it was her mother who orchestrated the meeting, which she described as a “rape and a devastating betrayal,” she still does not think she was “sold.”

“I think in my deep heart, no,” she said. “I don’t think it was a straight forward transaction but she still did give him the access and put me in harm’s way.”

Despite the horrible youth, Moore became one of Hollywood’s top paid actresses, but said that she was constantly sexualized. According to Moore, during the casting of ‘A Few Good Men’ along with Tom Cruise, a studio executive questioned her motivation.

“The executive said if there wasn’t going to be a sex scene, then, you know, why was I in it?” Moore said.

Demi Moore’s memoir, “Inside Out,” which will delve into the actress’s troubled childhood, as well as her marriages to Bruce Willis and Ashton Kutcher, will go on sale Tuesday, according to multiple reports.