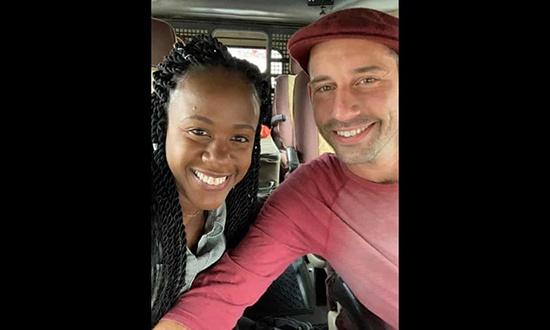 The sister of a Louisiana man who died last week during an underwater marriage proposal in Tanzania has raised questions about what went wrong.

A video posted by Antoine shows the 40-year-old Weber swimming outside the underwater room holding a handwritten proposal note.

“I can’t hold my breath long enough to tell you everything I love about you,” said the handwritten note encased in a plastic bag. Then Webber flipped it over to the other side, which asked, “Will you please be my wife?” and pulled out a jewellery box from his swim trunks. He opened it to reveal a ring before swimming out of view of the video.

Speaking with the Associated Press, Weber’s sister Mandy Hoffman said when Antoine had gone to the deck level of the structure, which is anchored to the seafloor by cables, Weber never surfaced.

“You never emerged from those depths, so you never got to hear my answer, “Yes! Yes! A million times, yes, I will marry you!!,” Antoine had written earlier on Facebook.

“We never got to embrace and celebrate the beginning of the rest of our lives together, as the best day of our lives turned into the worst, in the cruelest twist of fate imaginable.”

Hoffman said Antoine had tried to seek help, but was unable to reach resort personnel by phone or radio and eventually flagged down a passing boat. She said the boat’s owner had found Weber and tried unsuccessfully to revive him.

Hoffman said Tanzanian authorities informed her by email on Monday that they had conducted an autopsy, but didn’t immediately provide a cause of death. She said Weber had been snorkelling multiple times and was a strong swimmer.

“This is all we keep talking about,” she said. “Something other happened besides him running out of breath.”

Hoffman said the couple had met through a mutual friend and had travelled widely during their relationship. She said Weber and Antoine had been in Africa for more than a week and had also gone on a safari.

“He loves her so much,” Hoffman said. “I know he wanted this to be an over-the-top experience for her.”

A State Department official confirmed the death of a US citizen in Tanzania but declined to comment further.

The Manta Resort confirmed to NBC in a statement that a male guest had drowned while freediving alone outside the underwater room on Thursday.

“Our sincerest condolences, thoughts and prayers are with his girlfriend, families and friends impacted by this tragic accident,” said the resort’s chief executive, Matthew Saus.