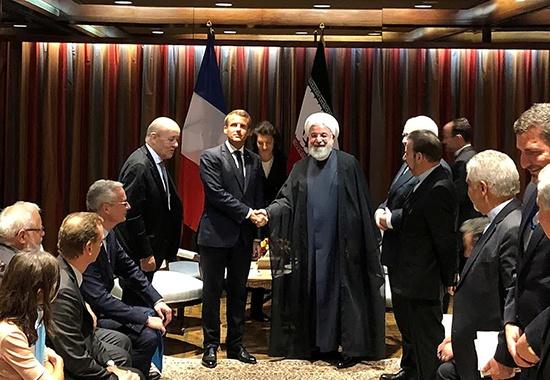 UNITED NATIONS (Reuters) – The path to reduce tensions in the region has become smaller and the moment has come for Iran to help defuse the crisis, France’s president told his Iranian counterpart on Monday, his office said in a statement.

“The president said that in the current situation, the path of de-escalation was narrow, but more necessary than ever, and that the time had come for Iran to take it,” Macron’s office said in the short statement, adding that it was urgent to start a discussion on a security agenda for the region.

Neither Macron nor Rouhani took questions after their meeting.

Macron is scheduled to hold talks with U.S. President Donald Trump on Tuesday to discuss Iran.