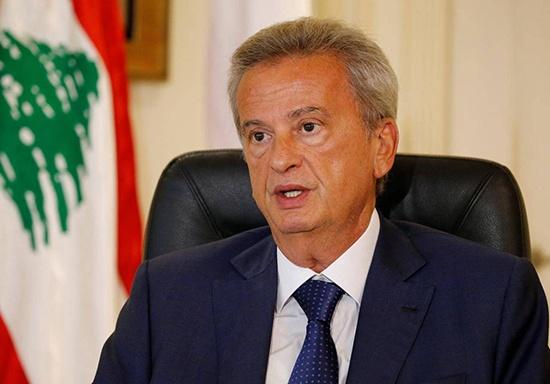 Central Bank chief Riad Salameh played down reports in local media that the U.S. will impose further sanctions on Lebanon’s dollar-strapped banking system saying that Billingslea “is not coming here to squeeze Lebanon.”

BEIRUT: A senior U.S Treasury official will encourage Lebanon to take the necessary steps to maintain distance from Hezballah and “other malign actors attempting to destabilize Lebanon and its institutions”, according to a statement released by the U.S embassy.

Central Bank chief Riad Salameh played down reports in local media that the U.S. will impose further sanctions on Lebanon’s dollar-strapped banking system saying that Billingslea “is not coming here to squeeze Lebanon.” This sentiment was echoed by the Association of Banks, which released a statement maintaining that U.S dollar depositors can freely withdraw from ATMs.

Salameh also denied the existence of a “dollar-crisis,”. saying that “dollar’s liquidity is intact and there is no need for special procedures on this matter.”

A number of Lebanese have reported difficulty in withdrawing dollars from certain ATMs, while banks have also shown restraint in executing wide-scale currency exchanges. This has led to the rise of black market rates, with currency exchanges exploiting an inflated exchange rate of 1540 LBP to the dollar.

Last month, the Treasury’s Office of Foreign Assets Control sanctioned Jammal Trust Bank and added it to its list of global terrorist organizations.

The bank denied U.S. charges about “knowingly facilitating banking activities” for Hezbollah militants, before being forced to file a request for self-liquidation as a result of the designation.

With Lebanon scrambling to ward off increased economic and financial distress, President Michel Aoun is also scheduled to hold talks with French President Emanuel Macron on the sidelines of the United Nations General Assembly meetings in New York later today.

This follows a meeting between Macron and Prime Minister Saad Hariri over the weekend, during which the French President assured of France’s commitment to safeguarding Lebanon’s stability.

Addressing the American Task Force for Lebanon, Aoun laid the blame at the feet of “regional developments and the protracted Syrian refugee crisis.”

“Lebanon is working towards revitalizing itself through the establishment of developmental projects coupled with serious reforms,” he said. This, Aoun said, would appease donor countries and unlock the much-needed CEDRE funds.