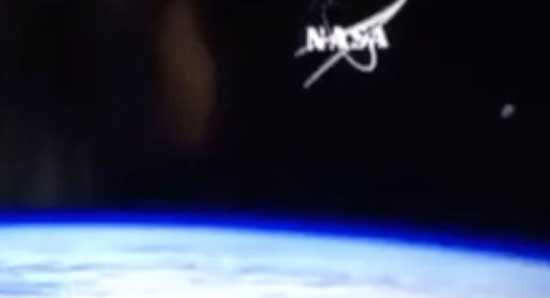 A bizarre object was spotted on NASA’s live footage from the International Space Station (ISS) by a netizen, prompting online debates that the ‘triangular’ UFO may be a real US Space Force ship.

YouTube user dubbed MrMBB333 shared a controversial video showing the UFO purportedly flying in the vicinity of the ISS.

According to the netizen, “this is not a reflection, in fact, this object over here as you’ll see reflects light itself […] It seems to be some sort of large triangular craft”.

The user claimed that the UFO sped up before “disappearing” in the live feed. “You’ll see when I zoom in and put it in slow motion, you’re going to see light reflecting off it and it glistens”, they add.

The intriguing video instantly attracted the attention of UFO pundits and other conspirators who have suggested – apart from being an alien space ship – that this particular clip could reveal evidence of the existence of the US Space Force.

In August, US President Donald Trump proposed the establishment of a United States Space Command (SPACECOM), declaring that US military assets must have the freedom to operate in space in order to detect and destroy missiles launched against the United States.

Trump is pressing for the Department of Defence to create an independent Space Force. The existing Space Command – or SPACECOM – is not that force, but integrates existing space fighting units and capabilities under its direction from the five branches of the US armed forces.