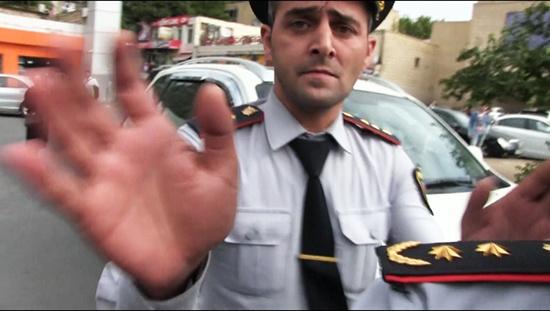 Baku / 09/24/19 / Turan: At 10:20 on Monday in Baku, police detained Taptyg Guliyev (Farhadoglu), correspondent for the Voice of America radio. The detention took place in front of the department of the prosecutor’s office for serious crimes at the time of the protest of a group of parents of convicts in the Tartar case.

Several police officers used force against the journalist and pulled a camera and microphone out of his hands. He was taken to the Department of the Ministry of Internal Affairs in transport, where his phone was taken.

Violence against the journalist was noticed by fellow journalists who reported the violence to the press service of the Ministry of Internal Affairs and the Monitoring Group of the Baku Police Department, which is designed to ensure the observance of the rights of journalists.

The police did not allow the journalist to call his colleagues or the lawyer. He was kept in control for half an hour, and recommended “not to do such things anymore.”

The press service of the Ministry of Internal Affairs and the Monitoring Group of the city police did not comment on the actions of their colleagues.