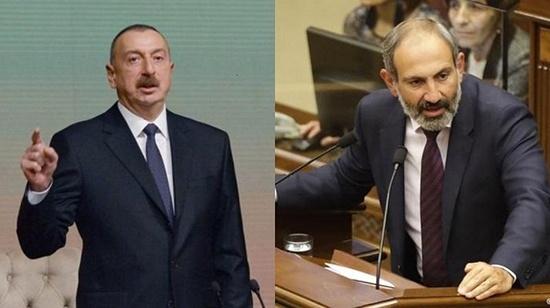 “I”m reading a response of valorous Armenian press and a reaction of iplomats to the Aliyev”s statement in Sochi. He replied two Nikol Pashinyan”s controversial statements: а). Artsakh is Armenia and that”s it; b). Conflict resolution is meant to be acceptable for peoples of Armenia, Azerbaijan and Nasgorno Karabakh. In turn, Aliyev exclaimed “Karabakh is Azerbaijan and exclamation mark “. The Armenian press largely plays up this fragment to thus provoke lamentation and exultancy. Armenian officials are demonizing the situation; however, the response proved to be identical. In the second part that the Armenian press prefers to shy away he rebukes the Prime Minister as saying that there is not people of Nagorno Karabakh but population of Nagorno Karabakh consisting of Armenian and Azerbaijani peoples enjoying equal rights. This is a well-thought-out formulation, and I”d like to know a response of the Armenian party hereto. I hate to hear fairy stories about terrible Aliyev or foreign political statements in the vein of “Ararat is our mountain; our mountain; our mountain”, wrote Ayvazyan.