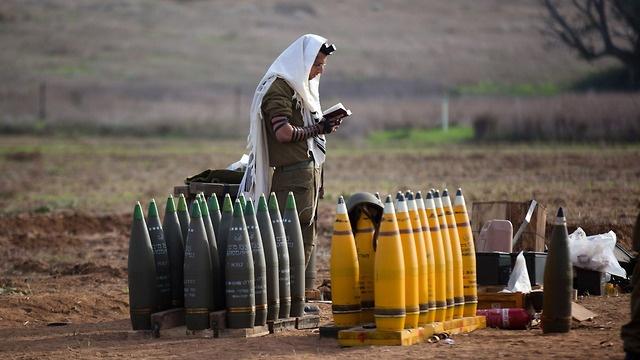 Opinion: Israel’s next war will be the inevitable fight against Iran and its regional proxies, with thousands of rockets bombarding us from Gaza, Iran, Iraq, Syria and Lebanon; that war will shake us like we haven’t been shaken since October 6, 1973

The words “sixth of October” send chills down the spine even 46 years later. Or, at least they should, assuming that the lessons of the 1973 Yom Kippur War (that started on this date) have been learned and internalized.

On Sunday, just days before yet another Yom Kippur, the political-security cabinet was to meet for the first time since the September elections (despite the endless political turmoil Israel has found itself in since the national vote) to discuss a “sensitive situation.”

At this point it’s impossible to know whether there is actually something serious or it’s yet another political spin. Because everything feels like it’s still part of an election campaign. The bottom line is although I wish it was all a spin, I still want the issues discussed there to be serious.

There are two disturbing similarities between 1973 and 2019. The first is that there is a ruling political party that in the eyes of a sizeable chunk of the public is invincible and can get away with practically anything. The second is the fact that defense intelligence is being made public – if you only open your eyes and look closely.

Anwar Sadat, who at the time was Egypt’s president, a year before the war described in a detailed interview to Newsweek how one and a half million of Egyptian soldiers were preparing for a war that his regime could not escape.

Like Sadat, many speeches of Hezbollah leader Hassan Nasrallah also give away his main operational objectives with regards to Israel – occupation of the Upper Galilee, accompanied by heavy rocket fire.

The alleged Iranian attack on Saudi oil fields, however, shows that Israel has spent years learning to neutralize weapons of wars we had already fought. We built anti-ballistic missile defense systems, while the Iranians were developing cruise missiles.

Although the pinnacle of our defense establishment has recorded hundreds of great accomplishments, what about the infantry or armored brigades? Will the home front cope if there’s an all-out war?

However you want to spin it, a war against Iran and its regional proxies is inevitable. According to the intelligence (which at this point has practically been made public) the war will include heavy rocket fire from Gaza, Iran (and the territory under its influence in Iraq), Syria and Lebanon – where ground battles will also be fought.

Are we prepared to face a prolonged bombardment of our civilian population? Will we be able to withstand precision-missile hits that would break our morale?

Israel in 2019, just like in 1973, is a captive of its own concept. This time, however, it is a political concept: a package of fossilized perceptions about the left vs the right; ultra-Orthodox vs secular; Arabs vs Jews, that dictates who will vote for whom in the polls, and who will sit with whom in a coalition government.

All of this political bickering puts us in a vulnerable position where the next war will shake us like we have not been shaken since those sirens rang on October 6, 1973.