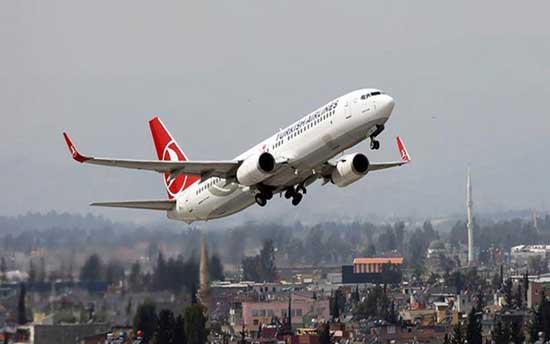 Accordingly, the price of one-way tickets on domestic flights will not exceed 450 Turkish Liras ($78) and holidays will be no exception.

The price cap, however, will not apply to business class and international flights, according to media reports.

Airlines decided to discuss the issue after complaints from customers that plane tickets skyrocket, particularly, ahead of and during holidays.

The price cap will come into force this week, Anadolu Agency said.

Transport and Infrastructure Minister Cahit Turhan informed in August that total of 14 million people were on the move during the Eid Al-Adha holiday.

The country’s airports served some 1.4 million domestic passengers during this religious holiday, according to the minister.

The latest data from the airports authority showed that total air passenger traffic in Turkey declined by 2.5 percent on an annual basis to 140 million in January-August.

The number of domestic passengers declined around 13 percent in the first eight months of 2019 from a year ago to 67.7 million, while international passengers increased 9.7 percent to 72.2 million.

Last year, the number of domestic air passengers stood at 113 million, pointing to a 3.1 percent increase from 2017.