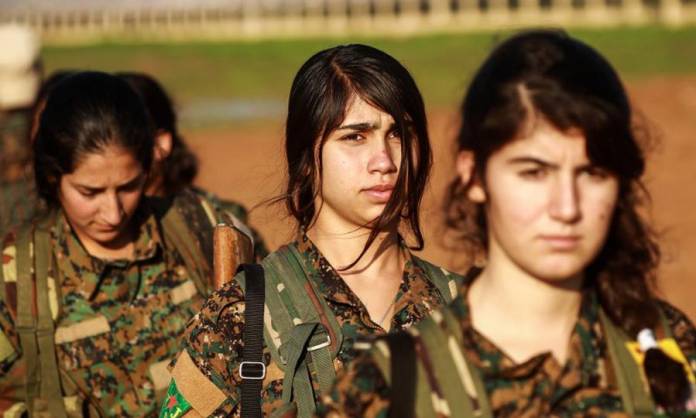 A wounded president is prone to making bad decisions. That’s the only explanation for Donald Trump’s blatant sellout of the Kurds in northern Syria.

His move is being condemned in Europe and the United States, with Republican Senator Lindsey Graham and former UN ambassador and leading Republican Nikki Haley leading the charge. Graham says he will move a resolution in the US Senate, which is likely to garner strong bipartisan support. But it won’t matter because Senate resolutions don’t bind the president.

Indeed, one of the things impeachment is intended for is addressing acts like this, but the American impeachment system (despite the language of the constitution) is entirely concerned with domestic political issues. Even though Trump is accused of asking Ukraine to investigate a matter related to former vice president Joe Biden and his son, it is not Ukraine that matters but the domestic political implication of the accusation and the fact that it is being championed by Democrats who fear losing the next presidential election to Trump.

Is the American pullout an impeachable offense? Legally speaking, probably not, since (as far as is known) the United States did not sign a written agreement to defend the Kurds. There was no US-Kurdistan treaty (but the Kurdish enclaves are not a state so a treaty isn’t a possibility) and there was no written agreement with Kurdish leaders. In fact, what there was consisted solely of actions taken by the United States on behalf of the Kurds. Naturally, we can’t rule out oral pledges made to Kurdish leaders, but the legal basis for such pledges (if they can be demonstrated) probably does not constitute a de jure obligation.

But it is a political offense with far-reaching consequences for world peace.

Trump has already tried to partly walk back his agreement to let the Turkish military invade northern Syria. After the original announcement, Trump tweeted: “As I have stated strongly before, and just to reiterate, if Turkey does anything that I, in my great and unmatched wisdom, consider to be off limits, I will totally destroy and obliterate the Economy of Turkey (I’ve done before!).” It is unlikely Turkey will give its army any different instructions, and Trump’s statement does not reverse his agreement with Turkish President Recep Tayyip Erdogan to let Turkey invade Syrian territory or his abandonment of the Kurds.

As I have stated strongly before, and just to reiterate, if Turkey does anything that I, in my great and unmatched wisdom, consider to be off limits, I will totally destroy and obliterate the Economy of Turkey (I’ve done before!). They must, with Europe and others, watch over…

Trump’s action should not have been a surprise. He has wanted to pull out of Afghanistan and he did not come to the aid of Saudi Arabia after its oil facilities, the lifeblood of that country, were attacked by Iran.

Trump has stood by while Iran has expanded its power in Yemen, Iraq, Lebanon and Syria. He has done nothing about the arms flow to Hezbollah or other terrorist organizations. While Trump strengthened the sanctions on Iran, everyone knows they have not stopped Iran’s exports of oil to China and elsewhere (including Syria), nor have the sanctions stopped Chinese, North Korean and Russian weapons and weapon technology from flowing to the Iranians. In fact, there is even reason to believe that European countries are contributing to Iran’s military expansion. If the matter is properly investigated, it may be revealed that European nuclear technology has been used to support Iran’s atomic weapons programs. (The IAEA and the UN have covered up the supply of Western equipment to Iran.)

America should take note that Saudi Arabia believes it has been left in the lurch and is trying to open up a dialog with Iran. It won’t be long before the Saudis turn to the Russians for help, since the Russians are a potential political bridge to Iran. Russia’s President Vladimir Putin has already offered Saudi Arabia the S-400 Air Defense System. It is possible he will offer a lot more going forward in an effort to push the United States out of the Persian Gulf region.

Trump’s signaling is clear and straightforward on this subject. As he told the press after the recent attack on Saudi oil facilities, the United States is energy independent. In other words, it does not matter to the United States. He does not see wars in the Middle East as being in the US national interest, a fact he reaffirmed in a tweet about his decision on the Kurdish issue.

Russia is also energy independent but Moscow sees major economic, political and strategic advantages to persuading America’s allies to move over to its side.

Nor can there be any doubt that the Kurdish action is a forewarning to all friendly governments that depend on America’s military power that the game may be over.

In a completely surprise move, the North Koreans walked out of “technical” meetings in Stockholm. Why? Could it be that the North Korean dictator, Kim Jong Un, has assessed that Trump will not be president for much longer, and that believing any of his promises would be a grievous error?

Trump’s decision to abandon the Kurds almost certainly will lead to a lot of bloodshed and shift the balance of power in the Middle East. In Israel, which is in the midst of an election crisis, America walking away is a very bad sign and affects the security of the Jewish state in negative ways. It will likely lead Israel’s leaders on all sides to see America the Great as America the Weak. Prime Minister Benjamin Netanyahu’s hold on power may be weakened more by Trump’s decisions on Saudi Arabia and the Kurds than by the Israeli attorney general’s accusations of wrongdoing against the prime minister. Whatever the outcome, Israel is in for a very hard time.

All of this plays into Russia’s hands if Putin can exploit it and keep the Iranians under control. That remains to be seen.

It also means that the impending impeachment drama now has another dimension because Republicans who may have been lining up to support the president could well walk away from him. Some will quietly tell him to take the “honorable” way out and resign.

So, while the Kurdish exit is probably not an impeachable offense in and of itself, it impacts Trump’s political support as the impeachment inquiry in the House of Representatives gathers steam. Does America need a wounded president who is making huge tactical and strategic mistakes? This is the question many members of Congress must be asking themselves.

Dr Stephen Bryen has 40 years of leadership in government and industry. He has served as a senior staff director of the US Senate Foreign Relations Committee, as the deputy undersecretary of defense for trade security policy, as the founder and first director of the Defense Technology Security Administration, as the president of Delta Tech Inc, as the president of Finmeccanica North America, and as a commissioner of the US-China Security Review Commission.