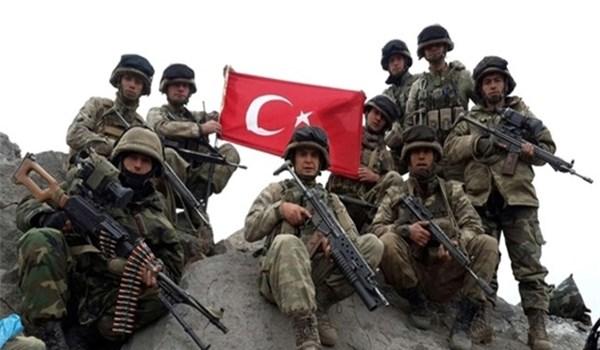 US President Donald Trump’s decision to pull out US troops from northern Syria has been met with bipartisan outrage, calling it a “betrayal” of the Kurds. Wait till the regime-changers hear the obvious solution to keep them safe.

As some two dozen US troops stationed in northwestern Syria began to withdraw on Monday, reports began coming in of Turkish airstrikes against Kurdish targets. Ankara is apparently calling the operation “Fountain of Peace.”

Officially, the goal is to establish a “safe zone” along the border to resettle some of the 3,6 million Syrian refugees. Oh, and also to set up a buffer zone between the Kurdish militias in Syria – YPG and YPJ – from their PKK kin in Turkey, designated terrorists by Ankara.

Trump’s detractors in Washington have denounced his decision as a “betrayal” of the Kurds, accusing the president of abandoning the force that the Pentagon has used as boots on the ground against IS in eastern Syria. Recall that it was the Kurdish-led “Syrian Democratic Forces” (SDF) that liberated Raqqa – “capital” of Islamic State (IS, formerly ISIS) – in October 2017.

Thing is, the Obama administration sought to create some kind of parallel government in those territories, in line with its policy of demanding regime change in Damascus and the overthrow of Syrian President Bashar Assad.

If Kurdish leaders thought this would somehow translate into support for statehood, or dominion over traditionally Arab-majority territories, they were dangerously deluded. Trump has made it clear from the beginning of his presidency that he had no interest in “nation-building” anywhere, and has tried to put that info effect despite constant pushback from the US establishment.

What happened in August 2016 should have also been a clue – and offers a possible way out of the present conundrum. Back then, Turkey invaded from the north in ‘Operation Euphrates Shield,’ attacking the Kurds from the rear just as the SDF was launching the major push against Raqqa. The US did nothing to stop  this. Only when the Syrian Arab Army – accompanied by Russian observers – stepped in to create a buffer zone between the Turks and the SDF, did the invasion stop.

While Ankara thinks nothing of attacking the Kurds, it is hard to imagine it would dare open fire on Syrian troops – or the Russians fighting alongside them. The obvious solution for the Kurds is to make a deal with Damascus and secure the protection of the Syrian government that the US could never provide. This would keep them safe, while keeping Damascus happy and Ankara without grounds to object.

The only ones displeased by this would be regime-change advocates in Washington – but that’s their problem.