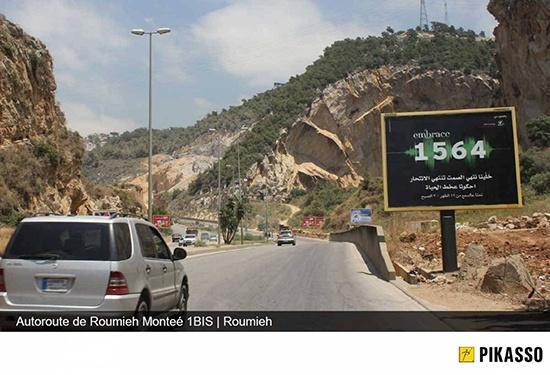 Things seem to be taking a better turn as Lebanon has shown grown interest in the need to talk about mental illness in the past few years.

BEIRUT: The fight for mental health in Lebanon has been a struggle for years. Not only is it not talked about enough, but there’s also a stigma associated with it, which dangerously discourages sufferers from seeking help.

“When I first told my parents about my mental illness, they didn’t take me seriously because to them, mental illness is only for crazy people,” Nour Chahine, a 19-year-old that suffered from anxiety and depression, told Annahar.

If a problem like mental illness remains in the dark, it will be hard to educate the community about the importance of treating it, let alone talk about it.

However, things seem to be taking a better turn as Lebanon has shown grown interest in the need to talk about mental illness in the past few years. For instance, The National Mental Health Program was launched in 2014 as part of the Ministry of Public Health and has worked on several campaigns in order to educate the community about the risks of mental illness and the importance of seeking help.

One campaign titled “My Mental Health is My Right” highlighted the importance of talking about mental health in order to break the stigma and take the first step towards recovery. Another campaign, titled “National Initiative for Mental Health in the Workplace,” which joined members of the World Health Organization and the Minister of Health, tackled the issue of mental health in the workplace.

But while the stigma barrier is being gradually lifted, another issue is standing in the way of the expansion of the NMHP, and that’s funding. According to an official in the NMHP, “there is currently no fixed governmental budget directed to mental health in the country.”

“Imagine having a broken leg, you would not expect someone to tell you to get over it, get up and be strong. It’s necessary to get treatment and support, and give your leg time to heal,” a statement from NMHP said.

It’s also important to note that friends and family have a crucial role to play.

“If you feel like a member in your social circle is going through a challenging time, it’s your friendly obligation to reach out to them. Your role, however, stops when you feel like you are limited in terms of what you can deliver to this person,” Chant Kazandjian, the head of the counseling center at the American University of Beirut, said.

According to a study conducted by the International Medical Corps in 2019, 31% of people residing in Lebanon suffer from depressive disorders, 13% from schizophrenia, 10% from anxiety and bipolar disorders, and 7% from epilepsy.

“Our thoughts are what make us who we are. Society may tell you that it’s just in your head, and the truth is, it is, but that’s what makes it real. Asking for help is what made me a stronger person, so don’t be afraid to seek the help you need,” Chahine told Annahar.