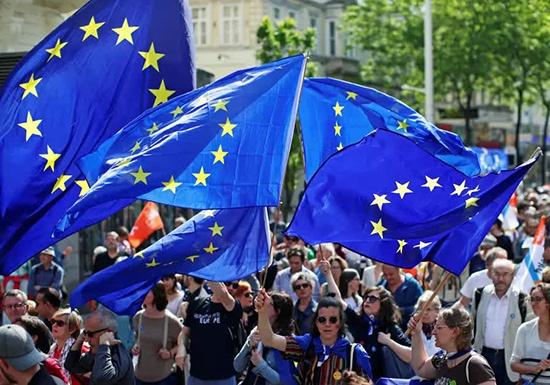 The EU spends some 300 million euros a year to help the Palestinians and has been doing so since the 1990s when the Oslo Accords were signed.

Support for a Palestinian state that lives side-by-side in peace with an Israeli state “is not anti-Israeli or antisemitic,” said Borrell at a pre-confirmation hearing in Brussels at the parliament on Monday in which he laid out some of his thought on the Israeli-Palestinian conflict.

“The European position is to defend the two-state solution,” he said. “I hope this continues to be the EU position.”

The EU has long held that it supports a two-state solution at the pre-1967 lines. The Palestinians have increasingly turned to the EU, and to the United Nations, to help lead a multilateral process to resolve the conflict.

Mogherini has been very vocal regarding her support for a two state solution. She met with Palestinian Authority President Mahmoud Abbas in New York last month on the sidelines of the UN General Assembly. On Monday, Mogherini was in Jordan to meet with Jordanian King Abdullah and Foreign Minister Ayman Safadi.

In his role as Spanish foreign minister, Borrell has in the past indicated support for unilateral recognition of Palestinian statehood, but he made no mention of this position in Brussels on Monday.

The EU supports Palestinian rights and the creation of a Palestinian state alongside an Israeli one, Borrell said. “We are doing a lot for the Palestinians. You will say it is not enough, but let me remind you that at the moment the EU is providing around a million euros a day to help the PA,” Borrell said.

All in all, he said, the EU spends some 300 million euros a year to help the Palestinians and has been doing so since the 1990s when the Oslo Accords were signed.

“This [economic] aid is vital for the Palestinian authority to continue to exist,” he said.

The EU, Borrell said, “is keeping alive the possibility of the creation of a Palestinian state that can coexist peacefully with an Israeli state.”

With respect to the Israeli-EU Association agreement which has governed Israeli ties to the EU since the year 2000, Borrell said he intends to honor the document. This would include respecting Israel’s free trade understanding with the EU. That understanding does not apply to Israel products produced over the pre-1967 lines.

“Are we going to break our trade agreements with Israel?” Borrell asked and then answered, that “no,” he would not. Still, he said, the EU-Israel Association Council has not met because of Israeli-Palestinian conflict.  “But we are not talking about withdrawing from the trade agreements,” Borrell said.

On his twitter feed on Monday, Borrell tweeted, “If anyone helps the Palestinians today and their right to have their own state, that is #Europe. The #EU contributes almost one million € a day to attend the Palestinian Authority. We must continue to defend a peaceful coexistence and the two States solution.”