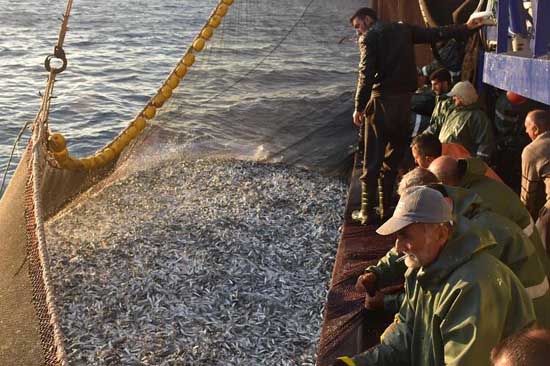 A bill seeking important changes in the current Fisheries Law such as a ban on the use of artificial light in fishing operation has been submitted to the Turkish Parliament’s General Assembly.

According to the new bill, fishermen who use artificial light to attract and aggregate fish and eventually capture them in inland waters, the Black Sea, the Marmara Sea, Bosporus and Dardanelles Strait will be fined 50,000 Turkish Liras (approximately $8,587).

Light fishing involves the use of lights attached to structures above water or suspended underwater to attract fish to specific areas and facilitate harvesting. This fishing aggregating method however has been found to be environmental-unfriendly due to catching of immature stocks, overfishing, high rate of bycatch and discard and green gas emission.

Apart from bringing a ban on this light fishing method, the new bill proposes many other suggestions. The bill was accepted earlier this week by the Parliament Committee on Agriculture, Forestry and Rural Affairs following a 14-hour-long discussion before being referred to the Parliament’s General Assembly. It is expected to be discussed at the parliament next week.

The bill proposes that those doing illegal fishing will be obliged to transfer their fishing boats and hunting equipment to the state.

Apart from that, those who remove gravels or sands from fish hatchery areas will be fined 10,000 liras ($1,710) if the place is an inland water, or 20,000 liras ($3,400) if the place is in the sea. If it is possible for the fish hatchery area to return to its original state, then the state will make the person who undertook this crime to do so, with them meeting the expenses on their own.

Officials of the Agriculture and Forestry Ministry who are assigned with the inspection duty of fishing boats will be further given the authority of inspecting fish farms, fish markets, fish storehouses, aquacultural facilities and restaurants. The ministry will also determine “voluntary inspectors” who will undertake the inspection duty in an unpaid way.

For the protection of natural fish species, the spread of invasive and foreign species in waters will be prevented. Accordingly, those who leave invasive species such as carps or attacker foreign species such as piranhas – unless they have a relevant permission from the ministry – in Turkish waters will be fined 10,000 liras. If it is a firm doing this, the fine will go up to 20,000 liras.

The head of the General Directorate of Fisheries and Aquaculture under the Aquaculture and Forestry Ministry, Altuğ Atalay, said during the discussion of the parliament committee that the current Fisheries Law was drafted in 1971 and does not meet the necessities of today. “The Fisheries Law was written in 1971, very well according to the condition of that period. But, there was were no fish farmers in 1971 or the fishing boats did not have today’s advanced technologies,” he said.

“Our country is a very unique country in terms of biological richness. We have four seas and all of their ecological features are very different. Therefore, it is not possible to write all of the rules in a one law. Different regulations for each region are being prepared. And these regulations are being revised every four years,” he said.