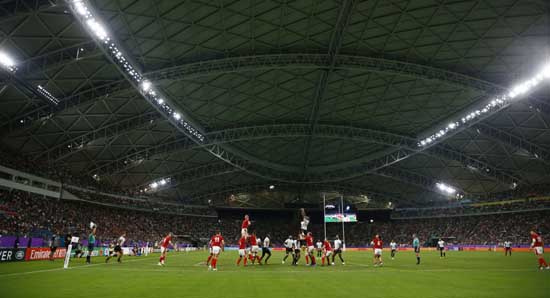 The Japan Meteorological Agency earlier described the impending storm as “violent”. According to forecasts, if Hagibis continues moving on its current trajectory, it will barrel over the mainland of Japan on Saturday when England and France are due to clash in the World Cup group decider.

The cancelled game, however, will be registered as a scoreless draw, meaning that the national England team will automatically progress into the quarter-finals, UK-based media said.

Notably, tournament organizers are also due to face inquiry over their planning methods and the wisdom of staging the Rugby World Cup tournament during typhoon season.