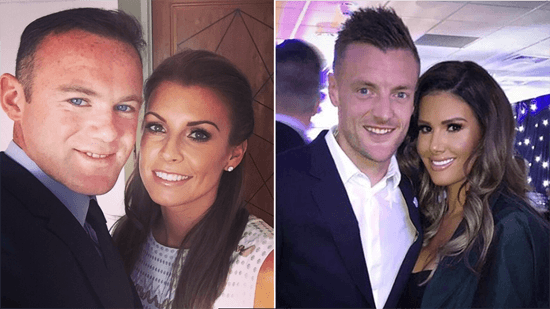 In a lengthy Instagram post published on Wednesday, Rooney said that she conducted her own social media investigation to discover who was leaking her personal stories to the British tabloids.

The 33-year-old invented her own method of catching a follower with access to her instagram account who provided the press with information on her personal life.

“For a few years now someone who I trusted to follow me on my personal Instagram account has been consistently informing the sun newspaper of my private posts and stories,” Rooney wrote. “After a long time of trying to figure out who it could be, for various reasons, I had a suspicion.”

To catch the ‘traitor’ Rooney blocked all but one follower from viewing her Instagram stories and posted fictitious stories about her and her family, including recent basement flooding in their mansion.

After the fake stories were picked up by the tabloids Rooney came out to announce that her ‘investigative trap’ had worked.

“Now I know for certain which account / individual it’s come from. I have saved and screenshotted all the original stories which clearly show just one person has viewed them. It’s……… Rebekah Vardy’s account.”

Vardy denied all accusations regretting that Rooney decided to launch the extraordinary social media rant when she was “heavily pregnant.”

“Can’t believe I’m even having to write this. I’m pregnant & on holiday & am at a loss as to why she would do this,” she wrote. “As I have just said to you on the phone, I wish you had called me if you thought this.”

The wife of Jamie Vardy also underlined that she had no reason for selling Rooney’s private stories as she doesn’t need money, adding that other people have had access to her Instagram account.