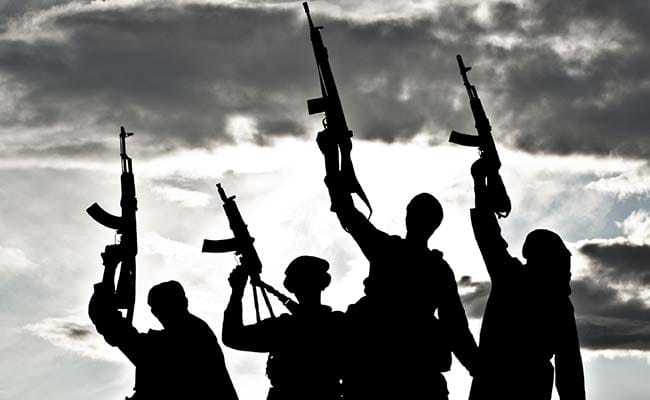 ISLAMABAD – October 7, 2001, was the day US-led coalition forces entered Afghanistan in retaliation for the Taliban government’s role in harboring terrorists who had attacked the US less than a month before, on September 11. Eighteen years later, the war is the longest the United States has ever been involved in.

One result of the war was the removal of the Taliban from power, with the group launching an insurgency across the country.

According to an official estimate, since the war began, more than 2,400 American soldiers have been killed and about 20,000 have been wounded.

In January, Afghan President Ashraf Ghani told The World Economic Forum in Davos, Switzerland, that more than 45,000 members of the Afghan security forces had been killed since he became president in 2014. According to the UN, more than 10,000 civilians were killed or wounded in 2017, the last year for which figures are available.

To mark the anniversary of the war’s start, Taliban chief spokesperson Zabiullah Mujahid said: “We are ready to fight for another 18 years. US officials must understand that the only solution for ending the war in Afghanistan is a complete withdrawal of their troops from the country.”

Sadullah Amrkhel, a former general now living in exile, told The Media Line that Afghanistan has “never been as insecure as it is now.”

“The Taliban have control of more than 60 percent of the country,” Amrkhel said. “In 2014, after the withdrawal of most US troops, the Afghan nation was quite hopeful that Ghani’s new government would be able to secure Afghanistan, but, unfortunately, due to the absence of vision and failure of good governance, US and Afghan politicians have completely failed to sustain their positions.”

Amrkhel added that “the US and NATO have professionally trained the Afghan security forces and they are well equipped with the latest arms. But they are still unable to fight without a US presence.”

He quoted from a speech US President Donald Trump gave during this year’s 9/11 memorial ceremony at the Pentagon, at which time Trump said that US troops in Afghanistan had ramped up the pressure on the Taliban by “hitting them harder than they [the Taliban] have ever been hit before.” Amrkhel expressed skepticism about this, saying he had not seen evidence that would indicate any increase in US attacks on the Taliban.

He also called the decision by the US not to invite the Taliban to a 2001 conference to discuss Afghanistan’s future “a big mistake.”

Taliban spokesperson Suhail Shaheen told The Media Line that “we will continue to fight back,” saying history would repeat itself.

“Better if they [the US] would resolve it peacefully,” Shaheen said. “I remind them once more that they made a big mistake. Afghanistan is a swamp. The more they move, the more they will get bogged down.”

On October 7, 2001, US forces launched Operation Enduring Freedom with aerial support from Britain’s Royal Air Force, and started a massive bombing campaign against the Taliban. The operation was aimed at preventing the Taliban from providing a safe haven to al-Qaida and to stop its use of Afghanistan as a base for terrorist activities.

American and coalition forces severely undermined al-Qaida leader Osama bin Laden’s network, although in 2011, he was killed by US Navy seals in Abbottabad, Pakistan.

In 2014, former US president Barack Obama formally ended Operation Enduring Freedom and replaced it with Operation Freedom’s Sentinel, the aim being to train and support Afghan security forces and assist them in counter-insurgency.

About 20,000 foreign troops, including 14,000 from the US, are now in Afghanistan as part of a US-led NATO mission to train, assist and advise Afghan forces. Some US forces carry out counter-terrorism operations.

“Despite years of bombardment and hundreds of counterterrorism operations launched against the militant groups, insurgents still maintain the ability to launch attacks across the country,” Syed Muhammad Agha, a former member of the Afghan High Peace Council, told The Media Line.

“In 2017, US forces dropped the world’s largest non-nuclear weapon, called the ‘Mother of all Bombs,’ on Islamic State hideouts, but ISIS fighters are still a potent threat to Afghan security forces and the Afghan people,” he stated.

A recent UN report said ISIS terrorists in Afghanistan number between 2,500 and 4,000. A 2019 US Defense Department report on Afghanistan estimated that there were fewer than 2,000 ISIS fighters there.

In an effort to bring the Afghan war to an end, peace talks between the US and the Taliban began last year and have since broken down. Communication continues through backdoor channels, with Pakistan playing a key role in working to resume peace talks.

A Taliban delegation led by Mullah Abdul Ghani Baradar arrived in Islamabad last week and met with Foreign Minister Shah Mehmood Qureshi. Taliban officials also met with American special envoy Zalmay Khalilzad. It was the first such meeting with a US official since Trump suspended the peace talks.

“Unfortunately, violence often increases as peace negotiations intensify,” Richard Olson, a former US ambassador to Pakistan and currently a senior adviser with the United States Institute of Peace, told The Media Line.

“In this case, the Taliban wanted to increase their negotiating leverage,” he said. “It is not clear that the talks have entirely collapsed. The Taliban say they still want to talk, and despite some hot rhetoric, the US is likely to resume talks, but this time it will seek a ceasefire as a central objective.”

Olson added that “Pakistan has played a helpful role, most notably by releasing Mullah Baradar, one of the Taliban’s founders, who now heads the negotiating team. Pakistan has also used its considerable behind-the-scenes influence with the Taliban to push for a deal. This should come as no surprise since Pakistan has long argued for a negotiated settlement to the conflict in Afghanistan.”

To mark the 18th anniversary of the start of US involvement in Afghanistan, the NGO Save the Children released a statement saying: “Since the start of the war between US-led forces and the Taliban, every single child born and raised in Afghanistan has experienced war and conflict in their country. An estimated 20 million children in Afghanistan wake up every day in fear of gunshots or bombs and being killed or maimed in their streets, schools or homes.”

The statement added that “3.8 million children need humanitarian assistance, 600,000 of whom are suffering from severe acute malnutrition. Between 2014 and 2018, more than 8,000 civilians fell victim to explosives such as IEDs and mines. Eighty-four percent of the victims of explosive remnants of war are children. Two-hundred and eighty thousand people fled their homes this year, more than half of them children.”

At the same time, Human Rights Watch released a special report saying that “Afghanistan has been devastated by violence, and it is estimated that half the population experiences depression, anxiety or post-traumatic stress, which can have a disastrous impact on people’s mental health and the well-being of their relatives and friends.”