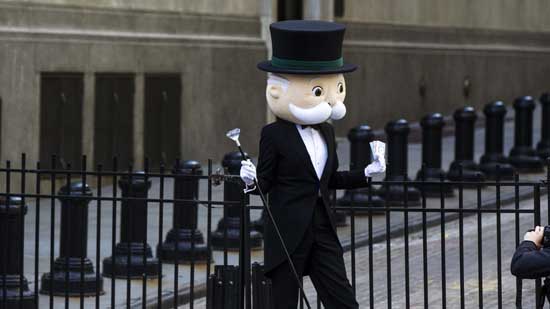 American billionaires have never had it so good – they’re actually paying a lower tax rate than the working class, according to two economists exposing the real beneficiaries of a system that has redistributed wealth to the top.

The 400 wealthiest families in the US paid a lower effective tax rate than working class families for the first time last year, economists Emmanuel Saez and Gabriel Zucman of the University of California at Berkeley have claimed in their forthcoming book ‘The Triumph of Injustice’.

Billionaires, they say, were taxed at 23 percent, while working class families were taxed at 24.2 percent. Their calculations take into account state, local, and federal taxes, corporate taxes, and what the pair call “indirect taxes,” encompassing licenses and other fees paid to government.

While American income inequality was already considered to be at peak levels, Saez and Zucman cite the 2017 tax cuts that primarily benefited the rich and Big Business as the “tipping point” that has made the degree of inequality impossible to ignore – or allow to continue.

Decades of “trickle-down” economic policies, driven by economists who believed easing the tax burden on wealthy “job creators” would improve the fortunes of even the poorest citizens, have reduced the tax rate on the wealthiest Americans from 70 percent in 1950 to just over one-third of that.

The rich have seen not only their income tax rate lowered, but capital gains and estate taxes slashed by politicians looking to please their wealthy donors. Those who oppose a wealth tax on the principle that wealth redistribution smacks of socialism or excessive government interference must ignore the massive redistribution of wealth that has occurred over the last 70 years, as income for the middle and working class has plummeted and the rich have gotten significantly richer.

Saez and Zucman have called for a progressive tax, dramatically hiking the rate the wealthiest one percent pay and imposing a “minimum global corporate tax” to curtail the time-honored corporate practice of hiding wealth abroad.

Similar ideas are on the lips of Democratic presidential candidates, including Bernie Sanders and Elizabeth Warren, both of whom have proposed some form of “wealth tax.” And Americans under 30 are much more supportive of the idea of wealth redistribution than previous generations, having been brought up in the aftermath of Reaganomics.

After over half a century of widening inequality, the richest 85 people on the planet have as much as the poorest 3.5 billion, and the trickle-down supply-side economic model is widely considered a failure. Americans under 30, having had such a negative experience with neoliberal capitalism, view socialism much more favorably than their parents and previous generations.

During the Great Depression, faced with widespread poverty and a robust communist/socialist movement, then-President Franklin Delano Roosevelt passed the New Deal in order to “save” capitalism, reasoning that if the government did not provide some benefits to Americans, they would embrace socialism. One wonders if a 21st-century president would have the foresight to do the same.