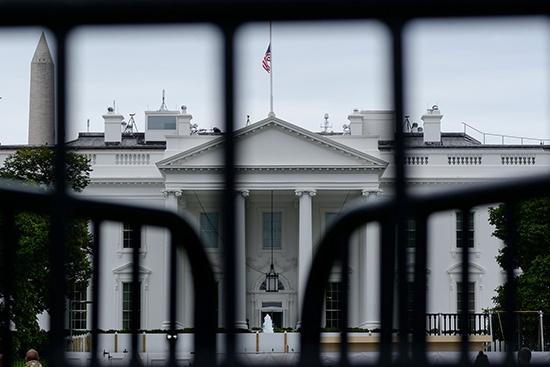 With rules, rigor and resolution.

By The Editorial Board –  The New York Times

The House of Representatives has undertaken the impeachment inquiry of a president only four times in American history. Each time, the House has set its own ground rules. The Constitution prescribes no specific process, nor does federal law. Court rulings and precedents, such as they are, tend to be narrow and particular. So when lawmakers determine that such a proceeding is warranted, they are forced to rely on their own cobbled-together rule book, with the trust of the American people in their government at stake.

This requires Congress to be rigorous in setting out the rules for conducting an inquiry. It also makes the impeachment process vulnerable to misrepresentation and caricature, as President Trump and his White House demonstrated on Tuesday. According to an astonishing letter from the Trump administration to House Democrats, it is right for the president of the United States to use his immense power to solicit a foreign government’s interference on his behalf in an election — even, possibly, by way of extortion. At the same time, the letter argued, it is illegitimate for Congress, a coequal branch of government, to undertake any investigation into the president or members of his administration (or diplomats, personal lawyers and hangers-on) regarding this behavior.

The letter is a formal assertion of executive power and impunity without precedent in American history. Or, as a former Republican Senate staff member wrote on Twitter: “Wow. This letter is bananas.”

Take the first claim first, that there is nothing wrong with Mr. Trump shaking down a foreign leader for his own political benefit. Perhaps that’s the only position the White House can take, because the facts of the July 25 call are not in dispute. The administration’s own written summary of the conversation reveals that Mr. Trump pressured Volodymyr Zelensky, the Ukrainian president, to investigate former Vice President Joe Biden, a top political rival, and his son Hunter for supposed corruption. At the time of the call, Mr. Trump was withholding nearly $400 million in promised military aid to Ukraine — a topic that was alluded to in connection to his requests that Mr. Zelensky “do us a favor.”

Despite Mr. Trump’s claims to the contrary, this is not O.K. One White House official who listened to the call described it as “crazy” and “frightening,” according to a memo by a C.I.A. whistle-blower who spoke to the official. The official believed that “the president had clearly committed a criminal act” in calling on Mr. Zelensky to investigate the Bidens, the memo said.

White House lawyers also appeared to have understood how damning the call was and scrambled to keep it hidden by stashing its record in a highly-classified computer system reserved for the most secret national-security communications.

This is why the White House is trying to divert attention away from the substance of Mr. Trump’s actions and toward smaller-bore procedural fights. It wants to confuse the public and delay any final judgment by Congress.

Which brings us to the second claim in the White House’s letter, that the impeachment inquiry is itself illegitimate — “baseless, unconstitutional efforts to overturn the democratic process,” in the words of Pat Cipollone, the White House counsel — and that therefore the president is justified in not cooperating with Congress in any way.

Mr. Cipollone raised three main challenges to the inquiry: It was not authorized by a vote of the full House of Representatives; the Democratic leadership has not provided Mr. Trump with any due-process protections; and House Republicans have not been given the power to issue subpoenas of their own.

It’s worth addressing each of these challenges in turn.

First, there is nothing magical about a House vote authorizing an impeachment inquiry. The administration’s letter calls it a “necessary authorization,” but that’s simply false. A vote isn’t required by the Constitution, federal law or the rules of the House of Representatives. The White House is basing its demands for a vote solely on the fact that a similar vote was held by the House during the impeachment proceedings for Presidents Richard Nixon and Bill Clinton. But in those cases, the votes were necessary to equip the inquiries with additional investigative authority, such as expanded subpoena power; subsequent changes to House rules make that step unnecessary.

From the Democrats’ perspective, there are several reasons not to hold a full floor vote. Most significant, Speaker Nancy Pelosi wants to avoid a situation in which the House leadership is conceding that the White House can dictate any of the terms of how an impeachment is conducted, and what sort of process counts as “legitimate.” Once the House makes that concession, the White House will again move the goal posts, undermining Congress’s role as a coequal branch with the authority to manage its impeachment inquiry.

Ms. Pelosi also wants to protect Democratic members who represent more conservative districts from having to take a difficult vote that might come back to haunt them in 2020. This isn’t a very compelling rationale, especially when those same members will almost surely be called upon to vote on articles of impeachment soon enough.

Finally, Ms. Pelosi knows that Mr. Trump has no intention of cooperating with an impeachment inquiry, even if it were authorized by a vote. Instead, he would use what would likely be a party-line vote to further disparage the inquiry as a partisan hit job.

On Wednesday, Mr. Trump was asked whether he would cooperate if the House held a vote authorizing the impeachment inquiry. “Yeah, that sounds O.K.,” the president said. “We would if they give us our rights.” Of course, Mr. Trump also said he would be happy to speak under oath with the special counsel, Robert Mueller.

And yet it may be a mistake for the Democrats to proceed much further without an authorization by the House. For one thing, a vote would strengthen Congress’s hand in any litigation arising out of the inquiry. A federal judge in Washington, Beryl Howell, said on Tuesday that having such a vote on record would make it “easier” for her to step in and make a ruling on House demands for documents or testimony.

Second, a resolution in support of the inquiry could also lay out specific ground rules, which could enhance the legitimacy of the inquiry in the minds of Americans.

Clearer, unified ground rules for this inquiry could address the other two main complaints in the White House’s letter: a lack of due process or subpoena power for the Republicans in the minority.

First, just to get it out of the way: This flamboyant concern with due process and precedent is a distraction, an attempt to shift attention away from Mr. Trump’s gross misbehavior and to promote his divisive fantasy that he is the victim of a coup attempt. It would be naïve to believe for a second that, if the House addresses every one of the White House’s stated objections, then the president’s team will endorse this inquiry as legitimate. This administration’s record of contempt toward congressional oversight speaks for itself.

More to the point, none of these protections are legally or constitutionally required. Due process protections like these are provided at criminal trials, where a defendant could be convicted and sent to prison. Mr. Trump is not facing that in the House. To the extent that an impeachment can be analogized to a judicial proceeding, the House operates like a grand jury deciding whether to hand up an indictment to the Senate, which then holds a trial. Grand juries are not required to provide due process.

Still, there are good reasons to grant Mr. Trump certain procedural protections at this stage. For one thing, as Mr. Cipollone’s letter correctly notes, House Democrats gave President Nixon some of these protections during their impeachment inquiry in 1974, as did House Republicans with President Clinton in 1998. In that latter inquiry, House Republicans also gave Democrats in the minority some authority to issue subpoenas.

The bottom line is that Democrats need to honor basic fairness and conduct a thorough inquiry, but they also need to set hard limits on how much time they are willing to spend on any given negotiation or debate or vote. They are engaged in an asymmetrical struggle with a White House that has shown itself willing to set fire to the Constitution to protect Mr. Trump from the consequences of his own misbehavior.