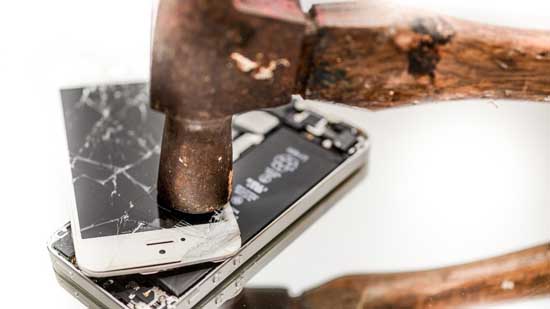 Social media can be a powerful weapon for truth in the right hands. Unfortunately, Twitter and Facebook have done their best to keep it out of those hands – and people are starting to call them out for the damage they’ve done.

“It’s hard to think of a company that’s hurt this country more than Twitter,” Fox News host Tucker Carlson said on Tuesday night, in conversation with congressman Devin Nunes (R-California), who is suing Twitter for allegedly permitting users to gang up on him.

If you look at the hate, division and the cruelty that’s now common, it wasn’t common 10 years ago. Twitter’s a huge part of that.

Carlson may be unfairly singling Twitter out – Facebook and, to a lesser extent, YouTube have also contributed to the rapid deterioration of civil discourse in the US – but as a whole, the major social media platforms are transforming a huge cross-section of American internet traffic into petty groupthink-driven drama factories. Worse, their ubiquity has made them all but imperative to anyone who hopes to work in any public-facing profession. After all, only an antisocial person would consciously avoid social media!

Trapped in the echo chamber

Twitter and Facebook keep users on their platforms by serving up more of what the user likes, creating an echo chamber that can be impenetrable, depending on how comfortable the user is with unfamiliar ideas. If one doesn’t take care to interact with users elsewhere on the political spectrum, it’s easy to believe that the entire country wants President Donald Trump impeached, or that the average Iranian is hungry for regime-change.

Studies have confirmed that the echo-chamber phenomenon is strongest when it comes to political content, and users can make this worse by muting or blocking those they disagree with. When they do finally collide with reality, the awakening is seldom pleasant – as was the case in 2016, when blue-state liberals belatedly realized there was a whole other America they’d been ignoring, and it was upset enough to elect a reality-show personality as president.

The two biggest platforms have made the echo-chamber phenomenon worse by deplatforming large numbers of users who dissent from the neoliberal-centrist views of their CEOs. Thousands of Iranian Twitter accounts supporting their government got the boot in June, while Facebook and Twitter both deleted hundreds of Iranian accounts they said were bots last year. Yet thousands of Twitter accounts operated by the Mujahedin e-Khalq (MEK)- a cult of Iranian exiles loathed by their countrymen for collaborating with Iraq against Iran – remain in operation, tweeting (usually in English) about their desire for the US to take out the “regime.”

The same technique has been used to silence pro-Chinese voices in the wake of the Hong Kong protests, which began in opposition to an extradition bill that has since been shelved, and are heavily  backed by American and British money,   and to silence Venezuelans opposed to the US-backed opposition leader Guaido – to say nothing of the “Russian bots” used as the rationale for kickstarting the whole mass-deplatforming craze. Included in these sweeps are many American users who’ve done nothing more than support a foreign government that the US doesn’t like.

Beyond convincing Americans that the world really does love the US’ belligerent foreign policy, Twitter and Facebook have a death grip on domestic politics, aided and abetted by Google. “Rogue” political candidates like Hawaii congresswoman Tulsi Gabbard are blocked from trending on Twitter, and even Trump has his ads removed by Facebook.

The ever-shifting rules of what constitutes “hate speech” keep users whose political views are outside the mainstream from expressing opinions that are too strong, while those whose views align with what they see on TV need not take such precautions and can merrily smear and abuse those with whom they disagree.

Censorship disguised as freedom to speak

Twitter does add insult to injury in a way that even Facebook doesn’t, by gaslighting its users within an inch of their sanity – calling itself “the free speech wing of the free speech party,” a line CEO Jack Dorsey claimed last year was meant in jest (a qualifier that was nowhere near the original 2012 statement).

Indeed, both platforms are effectively shrinking-room traps that lure everyone on with the promise that their freedom of speech will be respected, then gradually ban more and more opinions until users are incapable of anything but parroting pre-approved soundbites.

YouTube has perhaps taken this further than anyone, appending Wikipedia blurbs to videos that discuss controversial topics like the September 11 attacks or mass shootings. CEO Susan Wojcicki insists the company is “committed to openness,” even as it mass-deplatforms users whose content doesn’t even violate the rules.

Perhaps the worst effect of Twitter and Facebook’s consolidation into monopolies controlling the lion’s share of US internet communication has been that they now dictate social norms. Twitter has kicked users off its platform for making the rather uncontroversial statement that men aren’t women – a view held by most of the American population.

Both platforms have done more than perhaps anyone other than the National Security Agency (NSA) to get Americans used to the idea that privacy is an outmoded, useless concept – even an undesirable one. And by redefining “hate speech” to mean “speech that makes [advocacy group] uncomfortable,” they’ve deftly eviscerated the First Amendment while trivializing the existence of actual bigotry.

The rise of “woke” Twitter has also forced celebrities, companies and journalists to police their speech to the point of absurdity. Twitter ‘detectives’ dig through decade-old tweets and Facebook posts of public figures in the hope of surfacing a racist rant or two and getting that figure “cancelled.”

Companies from Home Depot to Blizzard have suffered customer boycotts at the hands of woke-Twitter mobs. People have lost jobs, roles and significant amounts of public status over statements that were not even controversial when they were uttered – thanks to the rapid adoption of politically-correct speech norms, largely at the hands of those same social media platforms.

And even for those users who avoid politics completely (or try to), social media has reduced the national attention span to sub-goldfish levels, with users perpetually refreshing their feeds to make sure they don’t miss anything and spiraling into anxiety when separated from their phones or wifi for any length of time.

The concept of FOMO or “fear of missing out” did not have a name before Facebook (and later Twitter and Instagram) turned it into an epidemic. Numerous behavioral studies have linked social media use to depression and anxiety, especially in young people without a solid identity.  Instagram ‘celebrities’ are literally called “influencers” because their followers emulate them. Those influencers in turn feel such pressure to perform they’ll run up thousands of dollars in debt trying to maintain the picture-perfect lifestyle.

All of the problems that social media causes in adults are magnified in children. If Tucker Carlson thinks Twitter has ruined America now, he should see it in 20 years – assuming it’s still around.