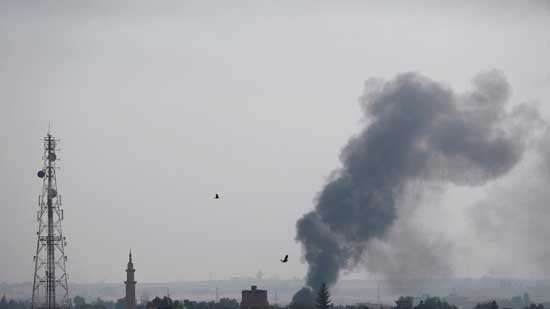 Dozens of Republican representatives are set to introduce a bill to impose fresh sanctions on Turkey over its incursion of Northern Syria and attacks on Kurdish fighters.

Spearheaded by Liz Cheney (R-Wyoming), a group of 29 Republicans in the House announced they would impose new sanctions on Ankara  in response to its operations along the Syrian-Turkish border, where Turkey hopes to establish a “safe zone” and clear away Kurdish fighters it deems a threat.

“President Erdogan and his regime must face serious consequences for mercilessly attacking our Kurdish allies in northern Syria, who incurred thousands of casualties in the fight against ISIS and helped us protect the homeland,” Cheney said in a statement.“If Turkey wants to be treated like an ally, it must begin behaving like one.”

There has been a rare bipartisan anger in Washington against Ankara after it launched ‘Operation Peace Spring’ in Northern Syria as well as criticism of President Donald Trump who pulled out US troops from the area.

Earlier on Thursday, US President Donald Trump said Washington would “do something very tough” in regards to Turkey, after previously threatening to “obliterate” the country’s economy if it did anything “off limits” during its mission in Syria. He also suggested that there should be a deal between Kurds and Ankara.

Washington supported the Kurds in the fight against the Islamic State (IS, formerly ISIS) in Syria for several years, to the vocal objections of Ankara. Trump announced the pullout of some 50 US troops from the Syrian-Turkish border region, where they were advising and supporting Kurdish YPG and YJ militias.

Turkey’s actions have angered Europe with some countries going beyond harsh words. Norway has suspended all new deliveries of military hardware and Spain threatened with similar moves if offensive intensified.