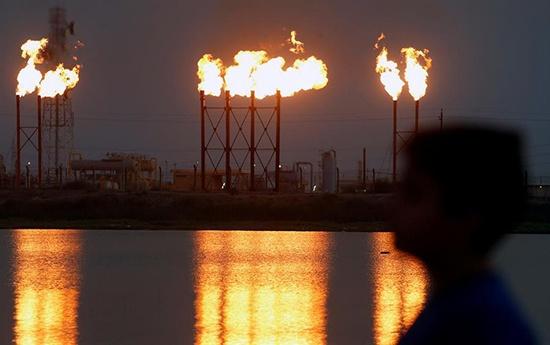 SEOUL (Reuters) – Oil prices climbed early on Friday, building on gains in the previous session, after producer club OPEC hinted at making deeper cuts in supply while optimism was revived over talks between the United States and China to end their trade war.

On Thursday Mohammad Barkindo, Secretary-General of the Organization of the Petroleum Exporting Countries (OPEC), said all options were on the table, including a deeper supply cut to balance oil markets. A decision would be taken at a December meeting between the OPEC and its partners, he said.

Beyond OPEC, trade talks between the United States and China also remained on the market’s radar as the world’s top two economies seek to resolve a more-than-a-year-long trade row that has slowed global economic growth and curbed fuel consumption.

“Oil bought into the upbeat tone from the bilateral talks as well, for better or for worse, and was also boosted by fighting talk on prices by the OPEC secretary-general,” said Jeffrey Halley, a senior market analyst at OANDA in Singapore.

Top U.S. and Chinese negotiators wrapped up the first of two days of scheduled trade talks on Thursday, with business groups expressing optimism that the two sides might be able to ease tensions and delay a U.S. tariff hike set for next week.

“The most significant sentiment driver hinges on the outcome of the trade talks which, if (they) end on a positive note, could go along way to begin to repair the economic damage done … these economic powerhouses would need more oil,” said Innes.