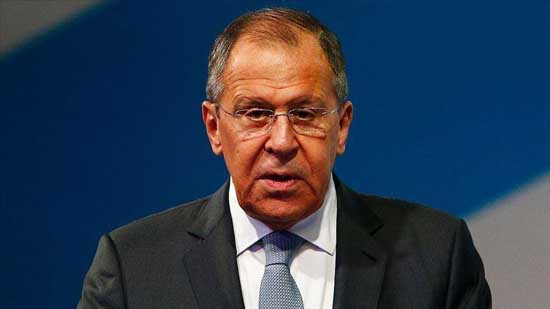 “Since the start of Syrian crisis, we emphasize that we understand Turkey’s concerns over its border security,” Lavrov told reporters on the sidelines of the meeting of the Commonwealth of Independent States (CIS) Foreign Ministers in Ashgabat, Turkmenistan.

Lavrov said Russia also emphasized that these concerns would be eased within the framework of the agreement that was signed between Turkey and Syria in 1998, known as the Adana agreement.

Signed in Turkey’s southern city of Adana, the agreement is aimed at easing Ankara’s concerns regarding the PKK terrorist group.

Lavrov’s remarks came a day after Turkish troops along with the Syrian National Army (SNA) began Operation Peace Spring against the PKK/YPG and ISIL terrorists in northern Syria.

The operation was launched east of the Euphrates River in northern Syria to secure its borders by eliminating terrorist elements and to ensure the safe return of Syrian refugees and Syria’s territorial integrity.

“Turkey’s operation in northeastern Syria is a result of steps taken by U.S. in this region,” Lavrov said.

He added that Russia warned the U.S. of “not playing a Kurdish card” while making Kurdish and Arab tribes to come face to face.

The minister reminded the reporters that Turkish President Recep Tayyip Erdoğan and his Russian counterpart Vladimir Putin had a talk prior to the operation.

“Russian and Turkish military officials are in contact over the operation. Now, we will try to establish a dialogue between Damascus and Ankara. We think this is in the interest of both sides,” he added.

Turkey has said the terrorist group PKK and its extension the YPG/PYD constitute the biggest threat to Syria’s future, jeopardizing the country’s territorial integrity and unitary structure.

The U.S.-backed SDF, a group dominated by the YPG, has been controlling some 28 percent of the Syrian territories, including the most of the 911-kilometer-long Syria-Turkey border. Turkey deems the YPG the Syrian offshoot of the illegal PKK, which is listed as a terrorist organization also by the United States and the EU.