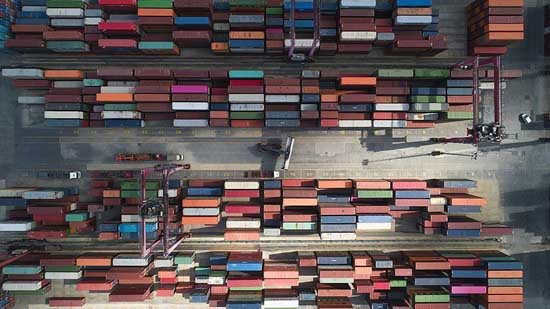 The economic cost of trade wars is expected to exceed $700 billion next year, the deputy chairman of the Union of Chambers and Commodity Exchanges of Turkey (TOBB) said on Oct. 10.

The slowdown in production and investments will also hit the services sector and employment if any measures were not taken, Tamer Kıran told the 10th Istanbul Finance Summit (IFS’19) that began on Wednesday.

While 75% of all world economies used to grow rapidly two years ago, the growth has eased off for 90% of all them recently, he said.

“We will see the lowest growth rate of the last decade in 2019 due to trade wars,” he said.

“Looking at the last 30 years’ results on average, we see that when the global economy grows 1 unit, global trade grows 1.4 units.

“However, this ratio has dropped to one-on-one in the recent period,” he stated.

Kıran blamed trade wars, especially the one between the U.S. and China, for posing as one of the biggest obstacles before the growth of global trade.

“Nonetheless, predictability can be raised in the global economy, for this, all of the countries should develop a political frame which focuses on long-term achievements,” he underlined.

He expressed that G20 and other multinational structures should create a new mission to overcome global economic turbulence.

Pointing out that non-financial companies’ debt reached almost $80 trillion globally, Kıran said: “This amount is above the level recorded in the 2008 financial crisis.”

The global capital flows to developing countries that offer higher profit than developed countries, he said.

“Therefore, countries such as Turkey should actualize macro-prudential policies for saving them.”

Touching on the economic fluctuations in 2018, he said that stability was established largely in Turkey thanks to measures implemented successfully by the country.

The country will have a structure which needs a high-income economy when it makes actual reforms that were revealed with its development plan, the New Economic Program, and Industrial Strategy and Judicial Reform Documents, he stressed.

He urged that Turkey should develop a partnership culture in order to transform through capital financing instead of debt financing.

“Companies should set up partnerships with venture capital funds which invest in exchange for shares,” he added.

Kıran said foreign direct investments in Turkey reached $193 billion between 2003-2017, while the net financial capital inflow to the country stood at $493 billion in the same period.

The two-day IFS’19 has been held under the theme of Financial Metamorphosis and Back to the Future on Oct. 9-10.

Within the scope of the event, several officials, economists, businesspeople, bankers and academics are giving speeches in 19 sessions on several issues ranging from financial technologies, electronic trade to defense industries.