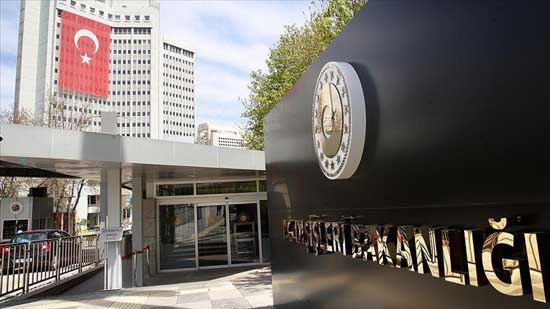 Turkey has condemned a shooting rampage that killed two people on Oct. 9 near a synagogue in eastern Germany.

“We strongly condemn the armed attack in front of a synagogue in the eastern German city of Halle,” the Turkish Foreign Ministry said in a statement on Oct. 10.

The statement stressed that it is regrettable that this anti-Semitic attack against the Jewish community took place during Yom Kippur, the holiest day of the year for the Jews.

“We are against all extreme movements such as anti-Semitism, hostility towards Islam, Christians and xenophobia,” the statement said.

Highlighting that these movements threaten all humanity, it urged the world to fight together against them.

Extending condolences to the German people and the Jewish community, it said: “We hope that the attackers who inflicted a deep wound in the conscience of the world’s public opinion will be brought to justice as soon as possible.”