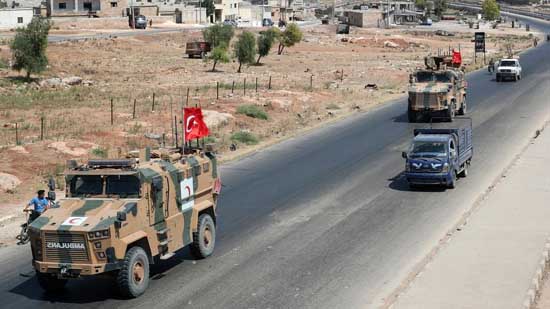 Turkish authorities on Thursday launched investigations into leaders of the pro-Kurdish opposition and detained 21 people for criticizing a military offensive against a Kurdish militia in northeast Syria, Reuters reported, citing the state-owned Anadolu news agency.

Turkey launched the incursion against the Kurdish People’s Protection Units (YPG) militia on Wednesday after a withdrawal by US forces with whom they were allied.

Ankara deems the YPG a terrorist group over links to Kurdistan Workers Party (PKK) militants who have waged a decades-old insurgency in Turkey.

While most of Turkey’s opposition parties have voiced support for the operation, the pro-Kurdish Peoples’ Democratic Party (HDP) has called for the offensive to stop, saying it is an “invasion attempt.”

HDP co-leader Sezai Temelli said on Wednesday the operation was an attempt by the government to drum up support amid declining public backing.

Prosecutors launched an investigation into Temelli and the HDP’s other co-leader, Pervin Buldan, over their remarks about the offensive, Anadolu said.

It said Temelli and Buldan were accused of “disseminating propaganda for a terrorist organization” and “openly insulting Turkey’s government.”

Three other HDP lawmakers are being investigated over similar allegations, the news agency said.

The government accuses the HDP of ties to the PKK terrorist group, and thousands of its members have been prosecuted for the same reason, including its leaders. The HDP denies such links.

Hours after the operation started on Wednesday, authorities also launched investigations into 78 individuals who criticized the offensive on social media, Anadolu said.

Twenty-one people were detained on Thursday in the southern province of Mardin for their social media posts.

The suspects are accused of “provoking the public to hatred and animosity” and “disseminating the propaganda of a terrorist organization,” it said. Turkish authorities have launched similar investigations after each of its two previous cross-border operations into Syria.