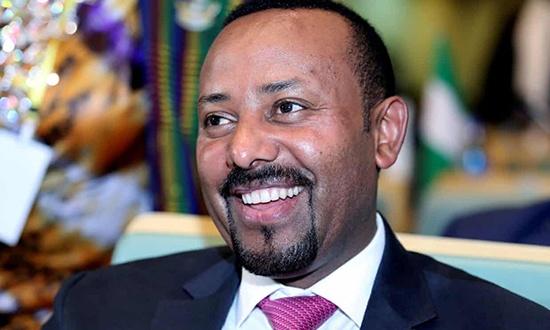 The prime minister of Ethiopia, Abiy Ahmed, who forged a peace deal with Eritrea last year, has won the 2019 Nobel peace prize.

The award recognised Abiy’s “efforts to achieve peace and international cooperation, and in particular his decisive initiative to resolve the border conflict with neighbouring Eritrea”, said Berit Reiss-Andersen, the Norwegian Nobel committee’s chair.

One of Abiy’s biggest achievements since coming to power in April last year was the peace deal signed three months later, which ended a nearly 20-year military stalemate with Eritrea following their 1998-2000 border war.

Abiy has also pushed through reforms at home, dramatically changing the atmosphere in what was regarded as a repressive state. His public renunciation of past abuses drew a line between his administration and those of his predecessors, as did the appointment of former dissidents and large numbers of women to senior roles.

Abiy said: “I am so humbled and thrilled … thank you very much. It is a prize given to Africa, given to Ethiopia, and I can imagine how the rest of Africa’s leaders will take it positively to work on the peace-building process in our continent.”

Other figures who were considered in the running for this year’s prize included the 16-year-old Swedish climate activist Greta Thunberg, Angela Merkel, the German chancellor, and Hong Kong pro-democracy activists.

Ninety-nine Nobel peace prizes have been awarded since 1901, to individuals and 24 organisations. While the other Nobel prize laureates are announced in Stockholm, the peace prize is awarded in the Norwegian capital, Oslo.

Abiy, 43, a former military officer specialising in cyber intelligence, has forged a reputation as a daring leader prepared to take risks to tackle decades-old problems.

The peace deal with Eritrea surprised and delighted tens of millions of people across east Africa. The conflict had cost both countries dearly in lives and scarce resources, and was a brake on development across much of the volatile region.

Eritrea, which has a population of about 4 million, gained independence from Ethiopia in 1993 after a 30-year guerrilla war.

The Nobel committee acknowledged that “peace does not arise from the actions of one party alone”.

It said that when Abiy “reached out his hand, President Afwerki [of Eritrea] grasped it, and helped to formalise the peace process between the two countries”.

More recently Abiy played a key role in brokering a political deal in neighbouring Sudan that halted a slide into violence after the fall of the veteran dictator Omar al-Bashir, while retaining many of the gains made by pro-democracy protesters.

“This milestone has opened up new opportunities for the region to enjoy security and stability, and Prime Minister Ahmed’s leadership has set a wonderful example for others in and beyond Africa looking to overcome resistance from the past and put people first,” Guterres said.

Abiy, who often relies on bold personal initiatives and charisma to drive change instead of working through government institutions, is the country’s first leader from its largest ethnic community, the Oromo, who have long complained of economic, cultural and political marginalisation.

Domestic reforms have included lifting bans on political parties, releasing imprisoned journalists and sacking a number of previously untouchable officials, some of them accused of torture. Abiy also appointed women to half the ministerial posts in his cabinet.

In Addis Ababa, larged crowds have been welcoming home exiled dissidents. Residents who once feared speaking publicly about politics now talk of little else. Flags and symbols long banned by the ruling Ethiopian People’s Revolutionary Democratic Front (EPRDF) fly across the city.

Other initiatives, such as the planting of millions of trees, have won further international support.

Born in western Ethiopia, Abiy joined the resistance against the regime of Mengistu Haile Mariam as a teenager before enlisting in the armed forces, reaching the rank of lieutenant colonel. He has a doctorate in peace and security studies.

After a stint running Ethiopia’s cyber intelligence service, he entered politics eight years ago and rose rapidly up the ranks of the Oromo faction of the EPRDF, which has historically been at odds with the Tigrayans.

Analysts say Abiy’s mixed Christian and Muslim background and his fluency in three of the country’s main languages help him to bridge communal and sectarian divides.

Dino Mahtani, a deputy director of International Crisis Group’s Africa programme, said: “Abiy’s award is a reflection of the west’s hope for transformational change in Ethiopia. But peace in Ethiopia is under threat by outbreaks of violence following Abiy’s political liberalisation project that, despite all its good intentions, has also contributed to unleashing centrifugal political forces in the country.”

In an interview with the Guardian shortly after Abiy survived an apparent assassination attempt in 2018, one of his personal acquaintances said the leader was “always looking ahead for the future”. Former colleagues said shelves of books on religion, philosophy and science filled Abiy’s office.

“He is physically active and very well organised … He did not have a secretary because he wanted his office to be accessible. His office door was literally never closed,” one said.