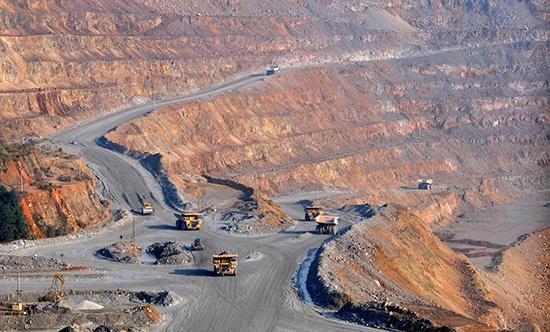 BEIJING (Reuters) – China’s copper imports rose 10.15% in September from a month earlier, to their highest in eight months, data from the customs showed on Monday, as higher prices in Shanghai drew shipments to the world’s top consumer of the metal.

Over September, Shanghai copper prices edged up 0.7% and have averaged higher than London prices in other recent months, giving traders an opportunity to profit from the price difference by shipping metal into China.

Copper stocks in bonded warehouses in China slumped to 295,500 tonnes by Sept. 30, the lowest since at least 2013, according to Refinitiv Eikon data, implying a tighter market as a crackdown on scrap imports boosted demand for other forms of copper.

China’s factory activity shrank for a fifth month in September, pointing to persistent pressure on the world’s second-biggest economy and its copper-intensive manufacturing sector amid the bruising trade war with the United States.

Imports of copper concentrate, or partially processed ore, came in at 1.581 million tonnes, the customs data showed, down 12.9% from 1.815 million tonnes in August.