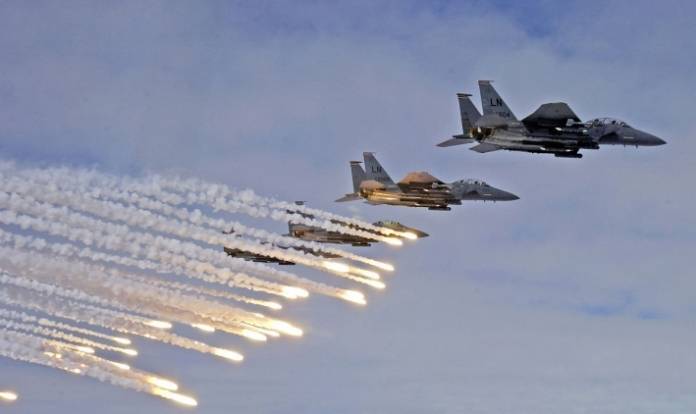 Basnews -ERBIL – The US-led international coalition warplanes targeted on Sunday night a convoy of the Syrian regime forces, after they attempted to enter Manbij as part of an agreement with the Kurdish forces in the region, a monitor has confirmed.

Earlier the day, the Self-Administration of North and East Syria announced that they had reached a deal with the Russian and Syrian governments to hand over Manbij and Kobani to the Syrian regime in hopes of protecting the region and its people against Turkey.

However, the Syrian Observatory for Human Rights (SOHR) said in a statement that the coalition aircrafts conducted an airstrike against a convoy of the regime forces near the city of Resafa.

The Syrian government, meanwhile, said in a press release that the coalition does not let them enter Manbij.

The human rights group did not provide further details on possible casualties due to the strike.