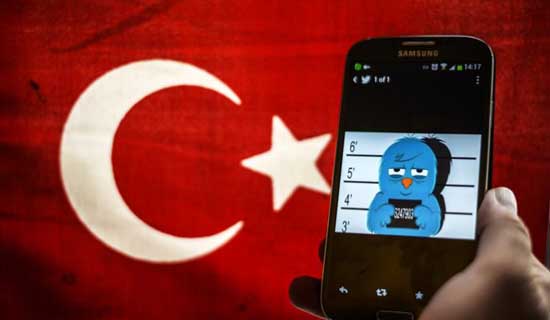 Turkish prosecutors have ordered the detention of 121 social media users for criticizing a military operation in northeast Syria on charges of insulting the national identity, Interior Minister Süleyman Soylu said on Friday, according to the Artı Gerçek news website.

He added that some 500 social media users overall have been the subject of investigations.

Among the detainees were the social media editors of two Turkish media outlets critical of the government, Birgün and Diken.

Speaking in Ankara, Soylu rebuffed international critics of Turkey’s incursion into Syria, saying that Western countries intended to legitimize the Kurdish People’s Protection Units (YPG) over the threat coming from the Islamic State in Iraq and the Levant (ISIL).

Turkey considers YPG an extension of the Kurdistan Workers Party (PKK), a terrorist organization that has been waging a bloody insurgency in the country’s Southeast for decades.

“This is not an invasion. Calling this a war is treason,” Soylu said, adding that Turkey is fighting against terrorist groups.

Turkey launched a military operation into the northeast of Syria on Tuesday night following a US withdrawal from the area.