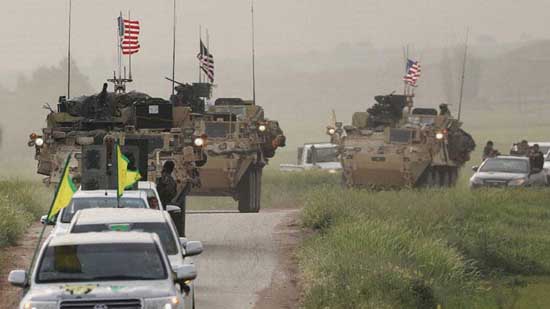 A senior U.S. official from the State Department has admitted that the YPG is the Syrian offshoot of the PKK terrorist organization from which Turkey has been suffering horrific terrorist attacks since 1984.

The same official has also acknowledged that the U.S. decision to partner with the SDF, a major component of which has been the YPG, in the Syrian theater against the radical terrorists created a big problem for Turkey.

“And to do that (fight against ISIL) we need a partner on the ground. That partner has been the SDF, a major component of which has been the YPG, which is the Syrian offshoot of the PKK. That, of course, is the problem for Turkey, which has been suffering horrific terrorist attacks from the PKK for now 35 years, since 1984,” said a senior official during a background meeting with reporters on Oct 13.

The United States considers the PKK as a terrorist organization and has been providing assistance in different ways in Turkey’s efforts to fight against it.

The official stressed that Turkey has legitimate security concerns, but Washington sees its decision to hold a unilateral action against the YPG as a bad idea.

“So, Turkey has legitimate security concerns, which the president has repeatedly indicated, but the people of northeast Syria, including the Kurdish population, have their own concerns, and we have a very important set of security interests in northeast Syria,” the official said.

The official also recalled a suggestion by U.S. President Donald Trump for mediation between Turkey and the YPG, an idea the Turkish government has turned down.

“So at the same time, as he said in this tweet, he is – and he said several times in the last several days – he is trying to find common ground to come up with a ceasefire, come up with a way to bridge the gap between the YPG wing of the PKK and Turkey,” the official stressed, describing the YPG as a wing of the PKK.