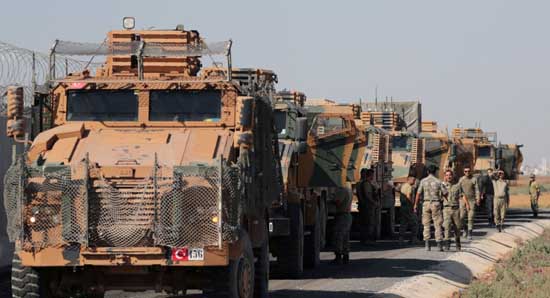 Clashes between the Kurdish militia and the Turkish forces have been occurring for almost a week, while at least 260 US troops have reportedly left the area. In the meantime, the Syrian military has boosted its presence in the region, recapturing the city of Manbij.

The Turkish military and allied forces continue to press ahead with “Operation Peace Spring” in northern Syria, marking the seventh day of the offensive against the US-backed Syrian Democratic Forces (SDF), and Daesh* terror group in the area.

Earlier this week, the operation faced severe pushback from the United States, the European Union, and the Arab League.

In response to the military campaign, US President Donald Trump warned he would issue sanctions against the NATO ally, while France and Germany restricted their arms sales to Ankara and convinced other member countries to consider these measures as well.

President Recep Tayyip Erdogan, however, vowed to continue the operation, aimed at securing the area near his country’s border and ousting the Kurdish-led SDF, which Ankara considers to be affiliated with the Kurdistan Workers’ Party (PKK), listed in Turkey as a terror group.

We will not allow Iran to obtain nuclear capability, PM Netanyahu says as Tehran blames Israel for Natanz plant attack