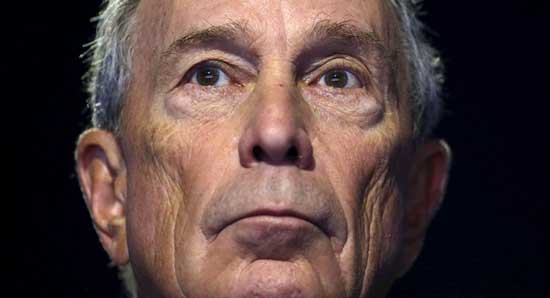 Mike Bloomberg, the billionaire former mayor of New York, has reportedly indicated to associates in recent weeks that Joe Biden’s recent struggles against Sen. Elizabeth Warren are making him rethink his decision to stay out of the 2020 Democratic primary race.

People familiar with the discussions told CNBC that Bloomberg, 77, has privately signalled he’s “still looking at” running for president, but people close to him say that the only way he could even go down that path is if Biden’s fortunes suffer so much that he drops out before or during the early stages of the primaries.

“I think it’s something he wants. He has not been shy about that,” a Bloomberg ally familiar with the talks told CNBC. “Nothing can happen unless Biden drops out, and that’s not happening anytime soon,” this person added.

“He’s like everyone else. They can’t get it out of their system,” said a banking executive who has known Bloomberg for decades. “Bloomberg is in if Biden is out,” said another New York billionaire with ties to Bloomberg.

Biden, according to the poll, remains the most electable candidate in voters’ minds, with 48 percent saying he’s the one to beat Trump in the 2020 general election, but Warren is gaining ground. The Massachusetts senator sits at 21 percent, an increase from 9 percent in August.