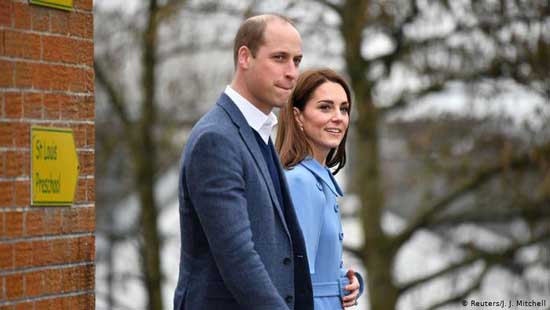 Britain’s Prince William and his wife Kate, the Duchess of Cambridge, are visiting Pakistan for the first royal trip to the South Asian country in over a decade. Haroon Janjua reports from Islamabad.

Britain’s Prince William and his wife Kate, the Duchess of Cambridge, are arriving in Islamabad on Monday for the first royal trip to the country in more than a decade. The Duke and Duchess of Cambridge will be accorded a red carpet welcome for their first visit to the Pakistan.

The five-day visit, which will end on October 18, will be held under special security arrangements being supervised by the military. “This is the most complex tour undertaken by The Duke and Duchess to date, given the logistical and security considerations,” Kensington Palace said in a statement.

“Whilst the Duke and Duchess’s programme will pay respect to the historical relationship between Britain and Pakistan, it will largely focus on showcasing Pakistan as it is today — a dynamic, aspirational and forward-looking nation,” the statement noted.

British High Commissioner in Pakistan Thomas Drew wrote on Twitter that the royals will have a “very exciting programme.”

The diplomat said that the royal couple was looking forward to meeting as many Pakistanis as possible and building a lasting friendship with the people of Pakistan. Over 1,000 troops are reportedly deployed to ensure the security of the royal couple.

During their time in Pakistan, the Duke and Duchess of Cambridge will visit Islamabad, Lahore, Gilgit-Baltistan and rugged border regions to the west. The visit will span over 1,000 kilometers, and will take in Pakistan’s rich culture, its diverse communities, and its beautiful landscapes, the Kensington Palace statement said.

The royal couple will meet Pakistan’s president, prime minister and other officials during the visit. They will also visit programs aiming to empower young people and learn how communities are adapting to climate change.

The visit aims to strengthen diplomatic ties between the UK and Pakistan.

“This is the first introduction of the UK’s new generation of royals to Pakistan and welcome them in this great country of ours,” Fawad Chaudhary, Pakistan’s Minister for Science and Technology, told DW.

“The visit will underscore the cordial relationship between the UK and Pakistan, despite the British colonial past,” Michael Kugelman, a South Asia expert at the Washington-based Woodrow Wilson Center for Scholars, told DW.

Some Pakistanis believe the trip can help improve the prospects of the country’s tourism sector. Pakistan’s precarious security situation in recent years has meant that British and European tourists no longer view it as a safe destination.

The royals’ trip, some hope, will send out a message that Pakistan is safe and secure for foreign tourists to visit.

“Pakistan has always been on the calendar of royal visits, although this one is coming after a bit of a break. Like all royal visits, the British use it to create positive nostalgia for their rule in foreign colonies. It provides a distraction from daily problems for Pakistanis dealing with mounting social, economic, and political problems,” Husain Haqqani, a former ambassador of Pakistan to the US, told DW.

At a critical juncture

The trip also comes at a time when Pakistan is trying to repair its crisis-stricken economy and boost its reputation on the international stage.

Pakistan is also trying to avoid being placed on a “blacklist” of nations failing to take action on terror financing and money laundering by the Financial Action Task Force, which is meeting this week.

Furthermore, Islamabad is striving to highlight the struggles of the disputed state of Kashmir, where India revoked the autonomy of its portion in August.

“To be sure, the visit of the young royals is a useful distraction at a moment when Pakistan is experiencing a major economic crisis and other headaches,” Kugelman said.

“The visit will also provide a much-needed boost to Pakistan’s global image at a time when it is under fire from the international community to crack down against terrorist financing. Welcoming two young, photogenic, and wildly popular British royals to Pakistan will be just what the doctor ordered for Islamabad.”

This is the first visit to Pakistan by members of the British royal family in 13 years and has particular significance to over a million British of Pakistani origin.

In 2006, the prince of Wales and the duchess of Cornwell, Charles and Camilla, visited Pakistan.

Prince William’s mother, the late Princess Diana, had also visited Pakistan in 1996 to attend a fundraising event for a cancer hospital built by cricketer-turned-politician and now Prime Minister Imran Khan.

“Diana had helped raise funds for Khan’s cancer hospital in Pakistan, and that legacy of generosity and philanthropy will be honored on this visit. In that regard, the visit will bring attention to Khan’s own well-deserved reputation as a philanthropist, which is often forgotten now with Khan immersed in politics and viewed by many as a polarizing figure,” Kugelman said. 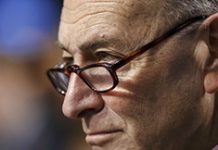