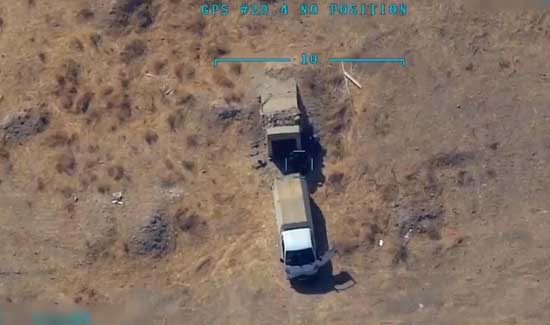 Turkish air forces have hit an ammunition truck of the YPG on Oct. 14, video footage has shown.

Turkey’s Defense Ministry on Oct. 14 shared a video footage of Turkish drones hitting an ammunition truck of the YPG as part of the ongoing “Operation Peace Spring” in northeastern Syria.

“Our air forces have destroyed the baby killer PKK/PYD-YPG terrorists, who target civilian residential areas with mortar shells, as they were detected by our drones when supplying ammunition for new massacres,” the ministry tweeted, with video footage of the incident shot by a unmanned aerial vehicle (UAV).