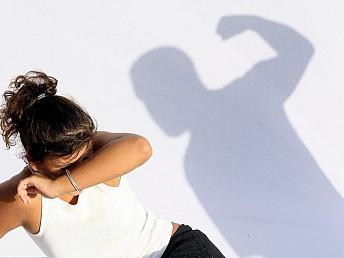 YEREVAN, October 16, / ARKA/  In response to a request by Armenian Justice Minister Rustam Badasyan to have the  opinion of the Venice Commissionon the constitutional implications of the ratification of the Council of Europe Convention on Preventing and Combating Violence against Women and Domestic Violence (Istanbul Convention) for Armenia, which raised hot debates in the country,  the Venice Commission said  Armenia signed the Istanbul Convention on 18 January 2018 and the process of ratification is pending.

The Venice Commission reiterated  that the ratification of a treaty is a sovereign act of the State, which means that the State is entirely free in its choice of whether or not to ratify a treaty and, as a result, be bound by its obligations.

It said hence the views expressed by the Venice Commission may serve this Court in its task by providing an external legal analysis of the Istanbul Convention. It may also contribute to public debate on the ratification of this Convention.

It said with respect to the allegation that the Istanbul Convention is not needed there are three assertions to take into consideration.

The first assertion is of a factual nature. As domestic violence is a widespread and extensive phenomenon in Europe and affects all member States of the Council of Europe, including Armenia, ratifying this Convention would greatly benefit victims of such phenomena.

The third assertion is that the Istanbul Convention is not needed because there already is a satisfactory national (legislative) framework in Armenia to combat all forms of violence against women. While it is up to each individual State to assess –in the light notably of factual data –what are the best means to tackle the phenomena covered by the Istanbul Convention at the national level, the presence of a sound internal infrastructure to safeguard human rights does not detract from the desirability and value of external scrutiny. Both are complementary, not contradictory elements.

With respect to the allegation that the Istanbul Convention contains certain terms and concepts that clash with the terms and concepts enshrined in the national constitution of the country under consideration.  This assertion primarily concerns the terms of gender, gender identity, family, marriage and sexual orientation.

The Constitution of Armenia does not refer to gender, but guarantees the equality of men and women (Article 30) and provides for “the promotion of factual equality between women and men”(Article 86(4)) as one of the objectives of State policy. The elimination of violence against women, including gender-based violence, and the promotion of measures aimed at achieving this, including measures seeking to change harmful gender stereotypes, is fully in line with this constitutional regulation.

The Istanbul Convention does not require States Parties to take any measures to recognize these various categories of persons or to grant them any special legal status, but simply confirms that gender identity ranks among the prohibited grounds of discrimination. This regulation seems to be fully compatible with Article 28 (general equality before the law) and Article 29 (prohibition of discrimination) of the Constitution of Armenia.

The Istanbul Convention only mentions marriage in the context of forced marriage (Article 37) and therefore does not contradict national constitutions that define marriage as a union between a woman and a man –which is the case of Armenia.

This term refers to individuals, who are members of a sexual minority, such as lesbians, gays, bisexuals and transsexuals (LGBT) as well as individuals who consider themselves to be heterosexual. The Istanbul Convention only refers to sexual orientation in the non-discrimination clause (Article 4(3)). It does not oppose the existence under domestic law in some States to legal entitlement or claim to this category –this does not per se mean that the Convention imposes a positive obligation on States, which do not acknowledge the existence of that legal entitlement, to actively introduce such a notion in their own domestic legal order.

With respect to the allegation that the Istanbul Convention would result in legislative changes that would contravene the national constitution of the country under consideration 108. The main changes foreseen in this context relate to same-sex marriage, education and reporting by professionals.

The Istanbul Convention does not interfere with the right of parents to educate their children according to their own preferences. This matter, in fact, remains outside the scope of the Istanbul Convention, which merely encourages States to include teaching materials on issues mentioned in the provision in school curricula.

GREVIO does not have any unusual competences for an international body and its competences are rather limited. It does not, for instance, have the right to receive inter-state or individual petition, i tmay not issue binding conclusions and the recommendations based on its reports are to be issued by the Committee of the Parties, not by GREVIO itself. There is thus no de facto, let alone de jure, surrender of national sovereignty to an external body involved in the ratification of the Istanbul Convention

With respect to the allegation that the Istanbul Convention introduces new commitments in the field of asylum law. With respect to asylum law, the ratification of the Istanbul Convention does not imply that all gender-based violence is automatically considered as “serious harm” or that adopting a gender-sensitive approach means that all women will automatically be entitled to refugee status. It merely acknowledges that women may face certain types of persecution that specifically affect them.

The introduction of a gender-sensitive understanding of violence against migrant and asylum-seeking women and girls seems to be in line with the Constitution of Armenia –creating two sub-categories of particularly vulnerable people to gender-based and domestic violence, needing protection from the State, which is inspired by the protection of basic human rights, notably the right to life, the right to health and the right to human dignity and complies with Article 30 and Article 86(4) of the Constitution of Armenia.