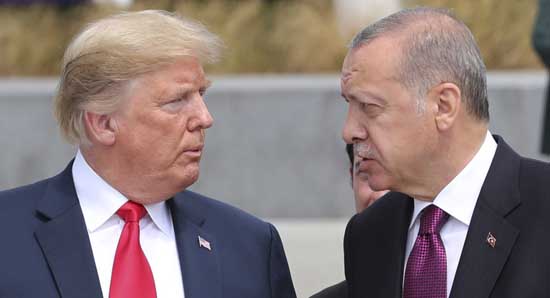 A transcript of a letter that was sent from US President Donald Trump to Turkish President Recep Tayyip Erdoğan has been circulating all over Twitter Wednesday, and users are having a lot of fun with it.

According to the letter, which was widely shared by reporters on Twitter, Trump warned Erdogan not to be a “tough guy.”

​“I have worked hard to solve some of your problems. Don’t let the world down. You can make a great deal,” Trump wrote, in addition to reiterating his past threats to destroy the Turkish economy if Turkish troops continue to shell Kurdish held positions in northern Syria.

​Although the letter’s authenticity has not been publicly confirmed by the White House, several White House correspondents have verified that the letter is genuine.

​While some Twitter users questioned the validity of the letter, others were left feeling embarrassed by the US president’s actions, with one user describing it as “worse than a high school student passing notes.”