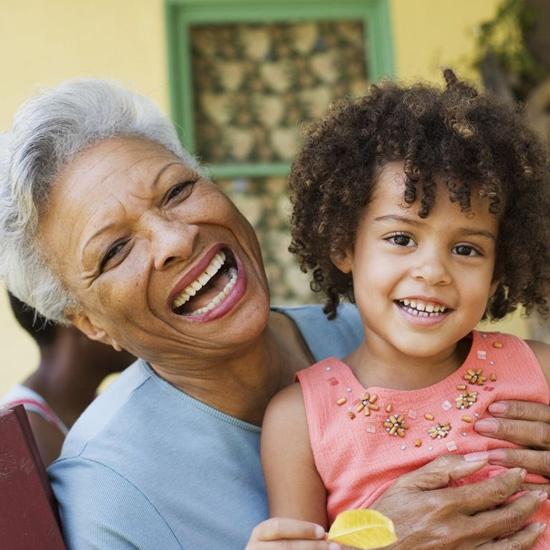 We discuss the effects hormones have on women as they mature, fall pregnant and go through the menopause.

From the cradle to the grave, hormones play an important role in every woman’s life. They shape some of the most important events we can experience, from pregnancy and childbirth to the menopause.

There may be times when you curse your hormonal changes, but console yourself with the thought that life without them would be much less interesting. And while our hormones undoubtedly have a huge influence on our lives, there’s no reason why we should be slaves to them.

The more we understand how hormones can affect the female body, mind and emotions – the better able we will be to minimise their negative effects and enhance their positive ones. Dr Gillian Rice gives us the lowdown on female hormones at every stage during a woman’s life:

Although we tend to think of hormones kicking in at puberty, they affect our bodies even during early childhood. Newborn babies (boys as well as girls) may have enlargement of one or both breasts, sometimes accompanied by a little milk production.

Although we tend to think of hormones kicking in puberty, they affect us even in infancy.

Another suggestion is that the falling level of the mother’s oestrogens in the baby’s bloodstream cause the baby‘s brain to produce a hormone called prolactin which can produce some degree of breast enlargement.

This usually disappears after a few weeks, but it may persist for longer if the breast tissue is stimulated, for example by squeezing the breast to try to express the milky discharge. In baby girls mild breast enlargement may reappear sometime in the first two years, this time due to the child’s own hormones affecting breast tissue. This breast enlargement may wax and wane repeatedly over months or even years, before finally disappearing during childhood.

At puberty, hormones will begin to make major, lasting changes to a girl’s body. Her breasts will get bigger and take on the shape of an adult woman’s breasts. She will develop underarm and pubic hair and will get noticeably taller as a significant growth spurt occurs.

Eventually her periods will start, usually as the growth spurt is beginning to slow down. From beginning to end, the process of puberty usually takes at least four years. Not surprisingly, some girls experience difficulties adapting to their changing body, emerging sexuality, the onset of fertility and a degree of emotional turbulence, as they pass from childhood through adolescence.

At puberty, hormones will begin to make major, lasting changes to a girl’s body.

All the machinery necessary for going through puberty is present at birth, but the body keeps it switched off for many years. Eventually, the mechanism that prevents puberty winds down, and hormones that previously have been held in check can begin to exert their influence on the body.

A part of the brain called the hypothalamus starts to release increasingly large and frequent pulses of a hormone called gonadotrophin-releasing hormone (GnRH). This stimulates the pituitary gland (also in the brain) to produce luteinising hormone (LH) and follicle-stimulating hormone (FSH), which in turn cause a girl’s ovaries to start producing other hormones.

The most important hormones made by the ovaries are known as female sex hormones (sex steroids) – and the two main ones are oestrogen and progesterone. The ovaries also produce some of the male hormone, testosterone.

During puberty, oestrogen stimulates breast development and causes the vagina, uterus (womb) and Fallopian tubes (that carry eggs to the womb) to mature. It also plays a role in the growth spurt and alters the distribution of fat on a girl’s body, typically resulting in more being deposited around the hips, buttocks and thighs. Testosterone helps to promote muscle and bone growth.

The most important hormones made by the ovaries are known as female sex hormones.

From puberty onwards, LH, FSH, oestrogen and progesterone all play a vital part in regulating a woman’s menstrual cycle, which results in her periods. Each individual hormone follows its own pattern, rising and falling at different points in the cycle, but together they produce a predictable chain of events.

One egg (out of several hundred thousands in each ovary) becomes ‘ripe’ (mature) and is released from the ovary to begin its journey down the Fallopian tube and into the womb. If that egg isn’t fertilised, the levels of oestrogen and progesterone produced by the ovary begin to fall. Without the supporting action of these hormones, the lining of the womb, which is full of blood, is shed, resulting in a period.

If the egg released from the ovary is fertilised and a pregnancy results, a woman’s hormones change dramatically. The usual fall in oestrogen and progesterone at the end of the menstrual cycle doesn’t occur, so no period is seen.

A new hormone, HCG (human chorionic gonadotrophin), produced by the developing placenta, stimulates the ovaries to produce the higher levels of oestrogen and progesterone that are needed to sustain a pregnancy.

Most pregnancy testing kits are designed to detect HCG in a woman’s urine, and many can pick up even small amounts just a day or so after her first missed period. By the fourth month of pregnancy, the placenta takes over from the ovaries as the main producer of oestrogen and progesterone. These hormones cause the lining of the womb to thicken, increase the volume of blood circulating (in particular the supply to the womb and breasts), and relax the muscles of the womb sufficiently to make room for the growing baby.

Progesterone and another hormone, relaxin, encourage relaxation of ligaments and muscles. Greater joint mobility in the pelvic girdle may increase the capacity of the pelvis in readiness for the baby to pass through it during childbirth. Around the time of delivery, other hormones come into play that help the womb to contract during and after labour, as well as stimulate the production and release of breast milk.

After childbirth, what then? Levels of oestrogen, progesterone and other hormones fall sharply, causing a number of physical changes.

The womb shrinks back to its non-pregnant size, pelvic floor muscle tone improves and the volume of blood circulating round the body returns to normal. The dramatic changes in hormone levels might also play a part in causing postnatal depression, although no real differences have been found in the hormone changes of women who do, and do not, get postnatal depression. It may be that some women are more easily affected by these hormonal fluctuations than others.

After childbirth levels of oestrogen, progesterone and other hormones fall sharply.

Talking of hormonal fluctuations, although they have been the subject of study for many years, we still don’t know whether they are responsible for the wide range of physical and psychological symptoms we now call pre-menstrual syndrome or PMS.

No-one doubts that many women experience tender breasts, abdominal bloating, irritability, low mood and other symptoms in the lead up to a period but whether these are due to hormone fluctuations, changes in brain chemicals, social and emotional problems or a combination of all three is a matter of debate.

Female hormones during the menopause

The next significant hormonal change for most women occurs around the time of the last period. A woman is said to have reached the menopause when she has not had a period for one year. In the UK, the average age for a woman to reach the menopause is 52. If the menopause occurs under 40 years of age, it’s known as premature menopause or premature ovarian failure.

Eventually, the ovaries produce so little oestrogen that the lining of the womb fails to thicken up and so periods stop altogether. Although it’s rare for a woman to become pregnant after the menopause it can, and does, happen so the usual advice is to carry on using contraception for two years after your last period if you are under 50 and for one year if you are over 50.

A woman is said to have reached the menopause when she has not had a period for one year.

For most of a woman’s life, oestrogen helps to protect the heart and bones, as well as maintaining the breasts, womb, vagina and bladder in their healthy state. The marked loss of oestrogen in a woman’s body that occurs around, and after, the menopause can, therefore, have detrimental effects on her health; as well as causing uncomfortable symptoms, such as hot flushes and night sweats, lack of oestrogen can increase the risk of heart disease and the bone disorder osteoporosis.

Other problems include vaginal dryness, discomfort during sex, recurrent urine infections and incontinence. It may also contribute to the depression, irritability and poor concentration which some menopausal women experience.

But the menopause doesn’t have to be a disastrous time for women – if reduced hormone levels do cause unpleasant symptoms, treatments such as hormone replacement therapy (HRT) can be very effective. HRT and other types of medication can also be used to prevent health problems, for example if a woman has a significantly increased risk of developing osteoporosis in the future.